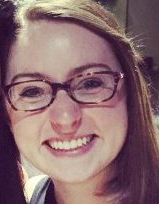 Erin is an undergraduate student at the Denison University, an Arcadia University, Athens student and an intern at Inter Alia.

I was 9 when the 2004 Olympic Games in Athens aired on my gray tube television. Watching from my quiet home in suburban Pennsylvania, I remember seeing the iconic interlocking circles of the Olympic rings illuminated with fire. I remember the blue event banners fading into the similarly colored sky. And, even more than that, I remember an image of Greece that seemed to be basking in its own stability, celebrating its new membership to the Eurozone, and heading toward what promised to be a thriving future.
I was 14 when Alexandros Grigoropoulos was killed and the debt crisis began unraveling the stability — whether it was real or imagined — that I saw on my television just a few years earlier. On the news, I saw lines of hooded young peoplecollectively push back against police in resistance. I remember seeing protests signs move to the beat of the chants shouted by young people as they marched through Athens. These young Greeks seemed far more engaged, invested, and active than youth in my own country, where open encounters with politics felt distant and removed in comparison.
The Guardian).
These realities exist for countless Greek young people, but this feels different than the “lived” generation of young people who have stuck around. Several days ago, I spotted a young Greek man, who sported a neat-looking suit, leave an office building. He seemed to be around my age. He approached his bike, swapped his professional-looking shoes for a pair of worn-in sneakers, and attempted to start the engine before finally succeeding on his fifth try.
This man, who would likely be described by existing scholarship and reports as “lost,” embodied resilience. He responded to the bike engine’s hesitation with persistence and an insistence on himself, which — based on my few weeks in central Athens as an outsider — reflects a broader sense of youth-driven determination that challenges and perhaps transcends the disillusion of Greece’s “Lost Generation.”
Students’ backpacks, for example, are decorated with pins advertising advocacy and social justice movements. The other day, I stumbled into several political organizing events at the University of Athens’ School of Economics and Political Sciences. Last week, I drank a cappuccino at a coffee shop in Koukaki run by an edgy, urban cooperative daring to create solidarity and collective solutions to daily negotiations of the crisis.
To me, this generation seems far from “lost.”
Casting off this generation of young Greeks as hopelessly “lost” does acknowledge the daily struggles of being young in contemporary Greece, but it also discredits the ways in which Greek youth actively resist the stunting effects of disillusionment.
actively negotiating what it means to be a young person during this moment in Greece.
In addition to considering the implications of age, these new modalities of understanding Greece’s youth must also take gender into account. Gender — much like generation — functions as a conduit through which identities are (re)constituted and performed. This means that age impacts the identity negotiations of young Greeks just as much as their experiences with gender.
Neos Kosmos). Recent suicide rate trends, additionally, imply that men — perhaps burdened with the crisis’ renewed social pressure to be “providers” — commit suicide at higher rates that largely follow unemployment models. Importantly, I have come across no research or reports that focus on the crisis-related identity negotiations of Greek youth who do not conform to gender binaries, thus illuminating a field of research to explore further.
Taken as a whole, this means that unraveling this generation’s many understandings and expressions of identity, age, and crisis cannot ignore these young people’s experiences with gender.
Applying this gender-sensitive understanding to an investigation of Greek youth identity not only contributes to a more intimate, nuanced discourse regarding this generation but also imagines Greek young people as social agents who actively resist being “lost” and instead are “found.”
info@interaliaproject.com
Categories:Analysis