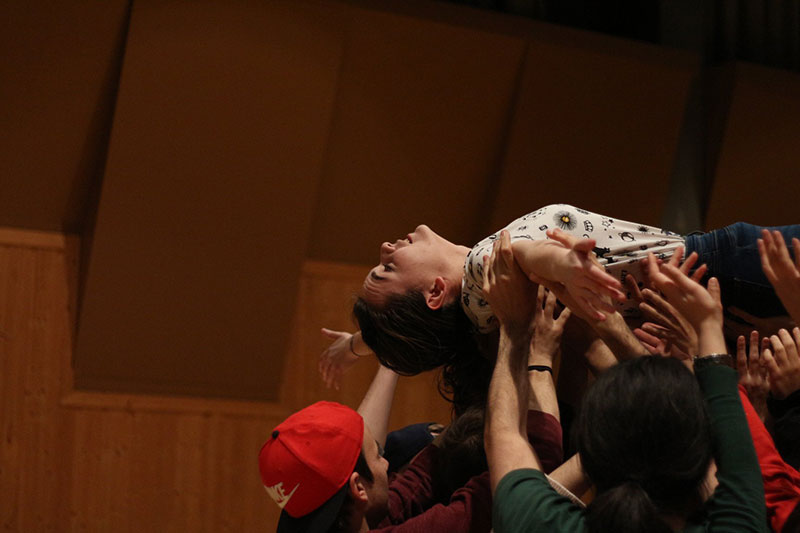 Sophocles in Norway. What would one think? An exquisite play in the best theater of Oslo maybe? A set of famous actors? An audience with elegant suits and dresses and an expensive ticket? The art of theater at its finest? A world of emotions? A ton of snow?

Well, if those were your first thoughts you were absolutely wrong – except for the last two! In fact, Sophocle’s famous tragedy “Antigone” was brought to life in the small village of Overhalla by a group of young people coming from ten different countries from all over Europe. And I was privileged to be there. 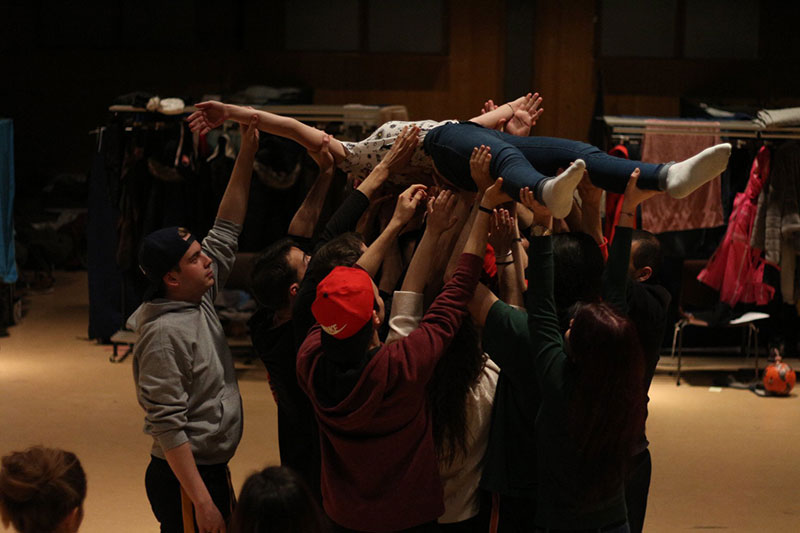 To be honest, my experience in acting is a bit limited (which means I had just once participated in kindergarten’s Christmas play) and in the beginning I was not feeling so comfortable with the idea of practicing theatrical techniques, improvising and acting in front of an audience. But this feeling did not last for a long time. The organizers, facilitators and the other participants made me feel eased since the very first session. All the ice-breaking games, combined with the energy of fifty (yes, fifty!) people in a big room created a very positive atmosphere that eventually turned into bonding. As days were passing, the actors’ warm-up routine was becoming more and more pleasant, every session had a new surprise and each rehearsal was more creative.

And this brilliant experience was actually just the tip of the iceberg. The most important thing was that this youth exchange fulfilled its main goal, which was to use ancient drama and “Antigone” as a tool to reflect on today’s issues, to focus on multicultural dialogue and inclusion by discussing on various topics, such as stereotypes, non-violence or migration, giving every participant plenty of space to express himself/herself, overcoming potential language barriers. Coming to meet the reality and points of view of people coming from all over Europe, from different status and age was truly beneficial.

Finally, on day ten every piece of the puzzle was put together and our multicultural play was ready, as a mosaic of ten different languages, motion and creativity. Each person contributed in her/his own way, as the final form of the play was produced by us through a vivid process. By the end of it, we were struck by a feeling of fulfillment that strengthened our relationship even more and maximized our team spirit. It is no surprise that departure was no hard and nostalgic, as an epilogue to an experience I will always remember with gratitude and joy!

For this and other mobility opportunities at Inter Alia, ask us at: boneva@interaliaproject.com