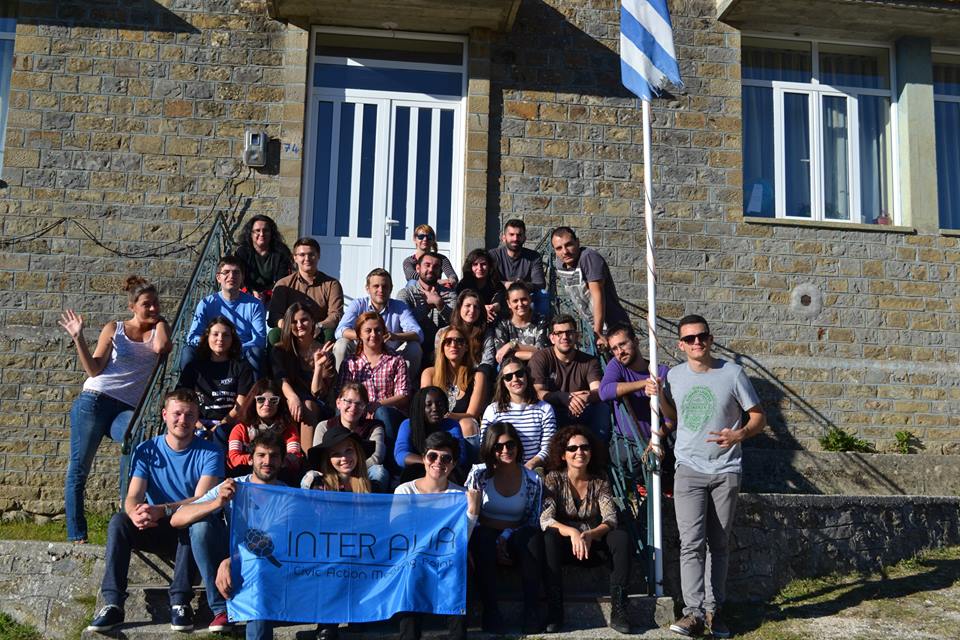 Inter Alia and its 5 project partners held a Capacity Building Activity aiming to train participants for the upcoming phases of the Ask the Locals! project. 30 persons from 6 countries (and 10 different nationalities) participated in the second action of the ALO! at the remote village of Skoulikaria, Greece between 10 and 15 November 2015. The whole team of 30 was made up of 6 working groups that will implement the following phases and actions of the project.

The CBA moved along three basic axes: a. Information and details regarding the project; b. Corruption-related challenges in partner countries; and c. Preparation for the upcoming phases. Participants were informed about the aims and structure of the project as well as working methods, tools and deliverabless. Next, participants worked on the topic of corruption and fund abuse. Through formal and non-formal learning activities, they received different inputs about common challenges and potential responses. In order to get a clearer idea about specificities of local agency against corruption, participants met with Periklis Migdos, the mayor of the municipality of Georgios Karaiskakis, while they also discussed some of the issues of the region with Ioannis Papalexis, the former mayor of the city of Arta and the local business consultant, Emily Kokkineli. The day in Arta also included a public discussion with local citizens about the project and a local-band concert organized in the framework of the ALO! project. In the final phase, together with the project managers of Inter Alia, participants analyzed the process of field research, the documentary production and the awareness campaign and discussed various possible ideas for disseminating the results and ways to meet potential obstacles that might occur during the ALO! project.