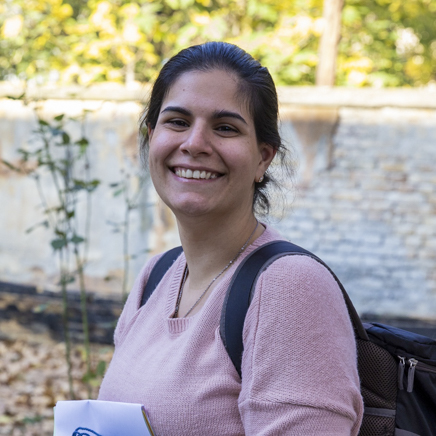 More and more in the public and political debate, it is mentioning the need for “Sustainable Development”. Natural scientists are warning about the environmental degradation and the ecological limits of the planet. Indeed, the rapid economic and geopolitical changes, the technological developments, and everything else that is usually associated with globalization have made people question the course of economic development and the suggested life paths. The fast pace of reality and the highly competitive markets, the economic crisis and unemployment, the sociopolitical challenges, radicalization and extremism, all these make people wonder if they are doing something wrong, if somebody else is doing something wrong to them, if somewhere along the way of growth and “human wonders”, people managed to lose themselves and with it their humanity.

For years many people were denying that the problems were present and that modern society had exposed the natural environment and human ethics to pressures that caused big social and environmental problems. Nowadays, many political, business and academic representatives started to agree on the fact that people need to change their strategies and co-exist on this planet while respecting its ecosystem services. However, suggesting that there is a need to change and actually changing something are two different things. Moreover, tailoring change according to specific interests might neither have the required results for the environment nor make people more aware about the life choices they are making.

According to Turner, R. (1993), there are different approaches for defining “Sustainable Development”, some more eco-centric and others more techno-centric. The first ones, mostly expressed by Ecological economists and Steady-State economists, do not agree with the perception of nature as a bundle of goods and services ready to satisfy the needs of humans, no matter the social or environmental cost. On the contrary, economic activities should – first and foremost – respect and consider the capacity of nature to overcome the pressures caused by these activities. The second ones, which are associated with the neoclassical economics, do not distinguish much between natural and human-made capital. As long as the deferent types of capital (nature, human, financial, manufactured, and social) substitute each other, we can continue producing and consuming, while our economy is growing in perpetuity.

This pattern of misunderstandings and misconceptions has been observed in different sectors and cases. In this article, I would like to focus on the educational systems and the perceptions of the education of the 21st Century that promote specific environmental policies that do not actually promote radical change to this culture of growth.

Several business reports and market studies insist on supporting education that makes students more competitive in the global economy, focusing on critical thinking and creativity for productivity, communication skills, decision-making, data analysis skills and information literacy in order to support their job-market race and the development of the market economy. At the same time, due to the realization of the irreversible environmental problems caused by the over-exploitation and over-consumption, other strategies, guidelines and declarations (Agenda 21, UN Decade on Education for Sustainable Development, the Sustainable Development Goals, Education for All, UNESCO Delors Report, European Commission’s proposals) call for Education for Sustainable Development in order to promote a new model of economic growth that is more environmental friendly.

I am not directly opposing the inclusion of school curricula based on Education for Sustainable Development. It could work at least as a mechanism to raise awareness on socio-economic and ecological issues. However, I do not believe that reaching for Sustainable Development in terms of growth, will work as a reassurance of building a path towards sustainability. Maybe, we need to ask ourselves the question: Sustainability for “Who” and towards “What”. Besides, education is not politically neutral (Mayo P. 1999).

I will give you an example.

Hence, education mainly focusing on promoting these policies does not directly question the aim of sustaining growth for the sake of the markets and this kind of education is, simply, not enough. Instead, examining the global issues and local problems with an open mind and interdisciplinary perspective is more appropriate to bring forward sustainable solutions. The process of understanding the world’s natural limits and redefining the purpose of our existence call for education that promotes social change, re-examines and identifies sustainable life-style alternatives beyond growth.

According to Dewey, J.(2001), schools are agents for social change. Indeed, education influences people at all stages of life and it is possible to facilitate such a transformation. Dewey (2001) believes that schools should employ methods of teaching and learning that allow young people to be active learners, teaching them “how” to think instead of “what” to think.

Linking social action and education has the power to transform the social and cultural environment. It is important for young people to be well informed, politically and socially involved. Raising awareness of the conditions in which they live and the issues they will have to face, is essential. To achieve this, it is suggested to be engaged in experiences with educational value, stimulating their curiosity and desire to learn. In other words, schools should foster active citizens with personal and social responsibility, caring for community well-being before wealth.

Dewey (2001) claims that democracy and the active participation in making decisions for society should be the frame of reference for education, meaning that young people should be familiar with the political conditions or their community and have knowledge and access to different ways to express themselves as active citizens. However, he believes that because of the fast paced, constantly changing society, people forget how democracy needs to be practiced and lived, putting aside the importance of participation in education from early stages.

A transformative educational system should prepare students for pursuing sustainable social changes for society’s well-being. Education should aim at the empowerment of young people and their freedom to express and act upon their needs and visions. In this system, the educator does not just transmit information; it is an educator that has the ability to listen, is open and communicative, reliable and truthful, empathetic and a peace maker. Such an education promotes self-organization and community sense, by creating a safe non-discriminative space to express ideas, emotions, wishes and concerns. Experiential learning activities that rely on interdisciplinarity and deal with the student’s realities should be part of a consistent, flexible and cohesive educational framework or strategy that addresses our everyday challenges under a sustainability perspective and not under the microscope of growth and competitiveness.

The active involvement of young people from early stages of life, inside and outside the school curriculum is the key for enabling their skills, abilities and creating future change makers.