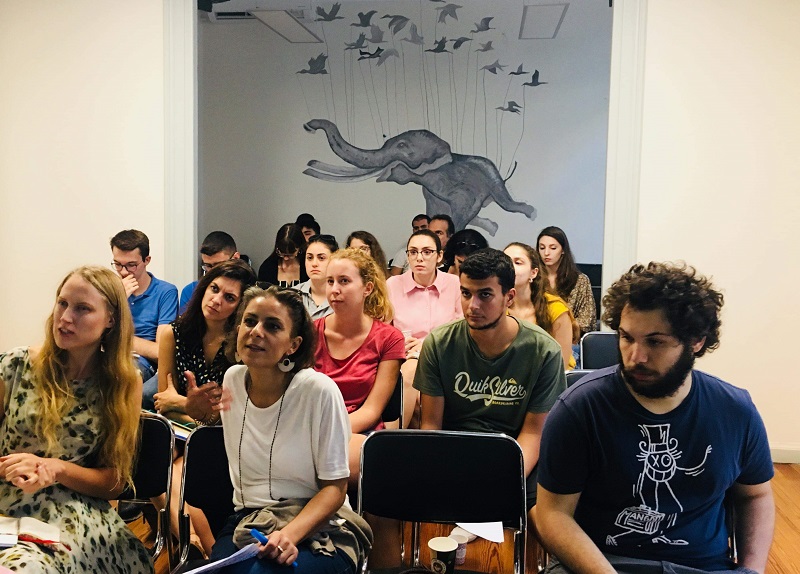 The first step towards understanding young citizens’ strengths and possibilities nowadays was made during the multipliers event of the ENGAGE project. When young people have dreams, they need a push for implementation, and constant support. Debate between those who are willing to offer this support is crucial, and this meeting was an effort in that direction.

Along with the youth workers and other professionals from the youth field, many young people joined the event and took part in the interactive activities that were prepared by our team. It was an inspiring short experience that mobilized them towards action planning for addressing social issues, advocating for them using non-formal learning techniques as a tool for action. 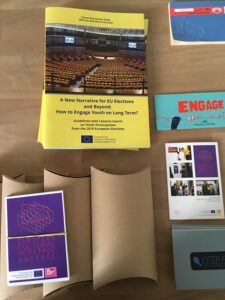 During the open event, participants shared their thoughts with each other and had the opportunity to develop their skills by creating small initiatives addressing different social issues on local, European and international level. They became acquainted with non-formal methods as a tool for implementing their ideas and promoting their causes of interest. They were also presented with details of the ENGAGE project, the training course activities that were tested in Brussels last April and the outcomes of the study that took place among the youth in Greece and Romania, in view of the European elections and the motivation of youth to take part in them. There was also time for networking, while participants exchanged ideas on ways to influence the processes of decision making at any level. 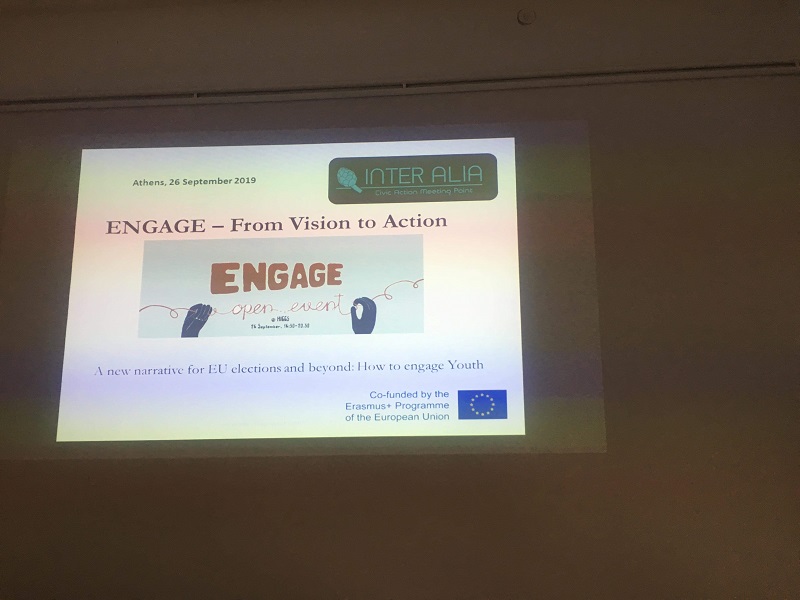 A New Narrative for EU Elections and Beyond: how to Engage Youth 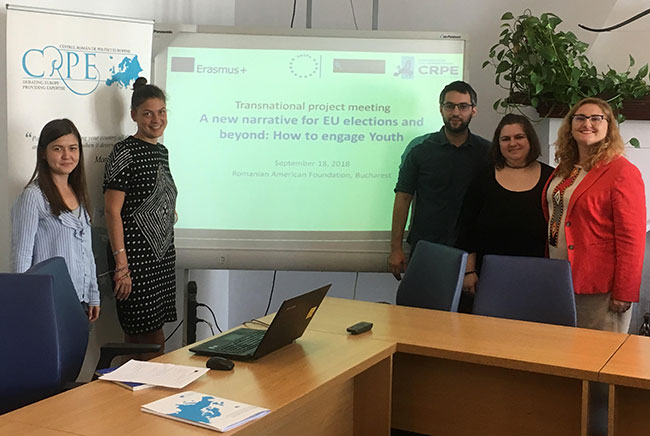 Falling voter turnout is a common trend and young voters abstain more than the general population in all European democracies. The democratic deficit and low electoral turnout is not faced by specific countries, but it is a phenomenon happening at EU level. The gap between the democratic institutions in Europe, their representatives and Europe’s young generation is growing. Although young people are more likely to be present in other forms of political participation (protests, strikes, joining pressure groups, etc), their overall election turnout is dramatically falling. In 2014 only 28% of under 25 were voting, compared to the general election turn-out rate which was 42.6 %.This overall trend is double also by another worrying phenomenon: disinformation, fake news and trolling are most visible during the electoral campaigns, in an attempt to hamper with EU elections, undermine pro European values, and promote nationalistic and xenophobic messages. In addition, ease of access to relevant and adequate information on the elections is not only a country specific problem, but it happens widely in the EU. Fears about influencing elections have become more and more pregnant in the EU especially after the allegiances that Russia tried to hamper with elections in France, Netherlands or during BREXIT. This scenario is damaging for the EU 2019 elections that may record another all time low voter turnout.