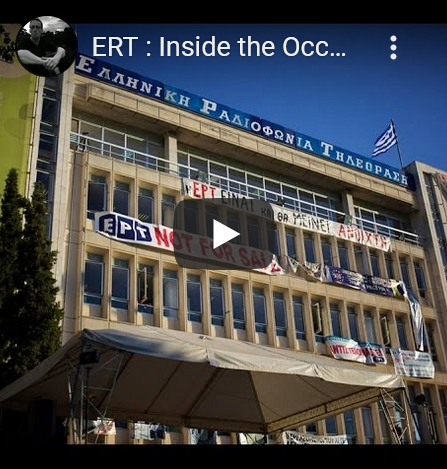 On the Closure of ERT and the Political Situation in Greece

As regards the ERT closure, Nikos criticized the false dilemma between democratic order and reform that was promoted during the recent governmental crisis. Using examples from contemporary Greek and European history, he emphasized on the absolute necessity to secure the proper functioning of the democracy, especially in a time of crisis and economic hardship.

During the discussion on governance in Greece and the role of political parties, an interesting paradox of the Greek crisis-ridden society came along: political apathy expressed in low electoral participation coinciding with increased civil society mobilization. People fed up with instability and austerity, and disenchanted with political elites turn their back to traditional politics and opt for mobilization at local level. Thus, the current crisis can have a catalytic influence for the initiation of a systemic change with important medium and long term benefits, given that the society is ripe for such actions as it is much more alert than in the years of ample liquidity.

As regards the rise of the political extremes in Greece and Europe, and specifically the phenomenon “Golden Dawn”, Nikos pointed out that while far right parties lack a concrete and tangible ideological background their prevalence among young and disenchanted populations can provide them with the time and social background for developing one. Therefore, it is important for creative – democratic forces to stop the prevalence of extremes.

The issues of education and the new media were discussed too. The quality of citizenship is most related to education, while there is a profound need to promote critical thinking and sustainable social role-modeling on all levels of education.Regarding new media, Nikos was asked to comment on the relationship between ERT closure and the use of internet for information. Increasing internet use in Greece is vital for political and economic survival in the contemporary globalized context, but it should not constitute an alternative to public media, rather a complementarity.

Finally, the role of the European Union regarding ERT closure was discussed. Nikos praised the EBU mobilization and solidarity as well as the immediate and dynamic stance of Martin Schultz, President of the European Parliament against the ERT closure. On the contrary, he criticized European leaders’uncertain and delayed stance. Referring to Chancellor Merkel he argued that if problems of democratic and constitutional order have to be put on an opinion poll before an official position is taken and if final decision puts administrative reform issues before democratic order then we are facing a severe crisis of principles.