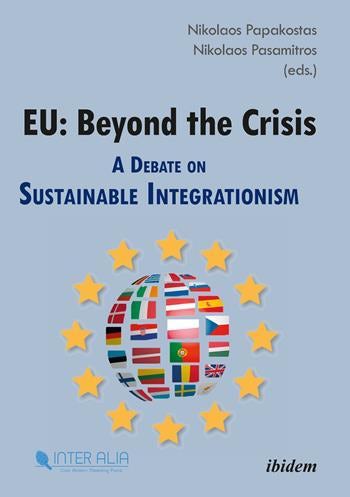 Europe commemorates the passing of one century since the eruption of WWI in a challenging and complicated setting. The economic crisis has dealt serious blows to the foundations of the European Union and has exposed conceptual, political, economic and institutional weaknesses. Yet, in one way or another, the EU seems to have, at least temporarily, stabilised the economic impact of the crisis. Reversely, the social and political effects are gradually amplified. These dynamics were uncovered in the 2014 EP elections. The rise of populism and nationalism was one of the externalities. Abstention and political apathy were others.At the same time, Europe seems not to afford introversion. Diminishing competitiveness coupled with increasing political and economic assertiveness of other players (namely China and, to a lesser extent, Russia) challenges the leading position of the EU in the continent. The EU, perceived as an economic institution, cannot compete with China whose ample liquidity and lack of attached strings in the form of conditionality render it a much more preferable partner for European states. On the other hand, the EU as an envoy of a value system cannot compensate for its limiting economic attractiveness as long as it is unwilling or unable to invest in its fundamental principles, such as proportionality and subsidiarity.The enhancement of populism, nationalism and Euro-skepticism in Europe derives to a large extent from such political and behavioral inconsistencies. The inability of the European leaders and the EU leadership to convincingly prove that their motives are significantly different and that the EU structure in its current form is viable has resulted in ostensible reasonability of populist arguments. This has led to a shift of political powers in Member States that reinforce the long-standing questions about the legitimacy of EU institutions. Thus, another important discourse for the future of Europe relates to political pluralism. Euro-skepticism derives its following from other political powers and ideologies that have been held accountable for the eruption and escalation of the crisis, the stagnation of European integration process, and the lack of a convincing alternative economic policy. It is essential to look into those political spaces, understand the reasons for their demise, and discuss improved alternatives. On the other hand, it is important to discuss whether Euro-skepticism is essentially and by-default the “other” in the European Union. How incompatible is it to the European ideals, if there are such? How exclusive is European pluralism for those particular parties and for what reasons?Finally, examining images of the EU and Member States deriving from crisis-related narratives is essential for the future of the Union. The recurrence of stereotypes and in-Europe otherness as a tool for social mobilisation constitute another pressuring challenge for the post-crisis EU. Because, while the goals of the political powers utilising these tools are usually short-term political benefits, their effects on perceptions of countries and people carry a long-term impact. What alterations can be noticed in collective perceptions of the EU and among Member States? To what extent did the crisis cause the rise of negative images and to what extent did the pre-crisis period of economic growth create an unsustainable image of unity based on unsound foundations? Has the common culture and the common symbols of the EU been developed enough to render societies immune to backpedalling?In that context, we invite contributions from academics, researchers, and policy makers from the fields of sociology, political science, international relations, anthropology, history, political economy, psychology. Multi-disciplinary approaches are particularly welcome. The collective volume will be based on three thematic pillars: Facets of parliamentarism in theEU; political cohesion & integration; perceptions, images & stereotypes; in the post-economic crisis period.A.Facets of parliamentarism in the EUa.Power elites, pluralism, representation & legitimacy in Member States & the EPb.Democratic deficit: abstention, apathy, skepticism, radicalismc.Party systems – new, old & changing political equilibria: Neo-liberalism, Social-Democracy, Left, Nationalismd.Patterns of social mobilisation – Political discourse & collective action in the EU Member StatesB.Political cohesion & integrationa.Institutional integration vs. psychological alienation: Political cohesion in post-crisis EU.b.Normative externalities of EU’s decision-making during the crisis.c.Decision making, power balance and the fundamental principles of the EU.d.Crisis & political change: Motive, opportunity or tool? e.Political risk in post-economic crisis EU.C.Perceptions, images, stereotypes & their impact on the process of social and political integration of the EU.a.EU’s visibility in the public discourse & its impact on collective action at national and EU levelsb.Stereotypes and popular perceptions of the EU: Impact on crisis eruption, escalation & settlementc.Social groupings and self-identification in post-crisis European societies.d.Cultural integration: Europeanisation of symbols, lifestyle, arts, science.Important Dates:Abstracts’ submission deadline: 15 September, 2014 (Deadline Extended).Notification of selected abstracts: October 1, 2014.Deadline for papers’ submission: 20 December, 2014.Publication of papers: March, 2015 as a collective volume on challenges & potentials of post-crisis EU politics & societies.The recommended length for abstracts is 500 words.Successful abstracts will be selected through blind review.Papers should be drafted in English and address contemporary issues related to the EU politics & societies during and after the economic crisis. Comparative approaches (across countries, time and disciplines) are encouraged.EditorsNikos Papakostas – Project developer at INTER ALIANikos Pasamitros – PhD candidate at Panteion University & Academic director at INTER ALIAProject TeamDr Nicholas Rossis – Research fellow at INTER ALIAAlba Cicala – PhD candidate at the University of Siena & research associate at INTER ALIABoyka Boneva – Networking manager at INTER ALIA