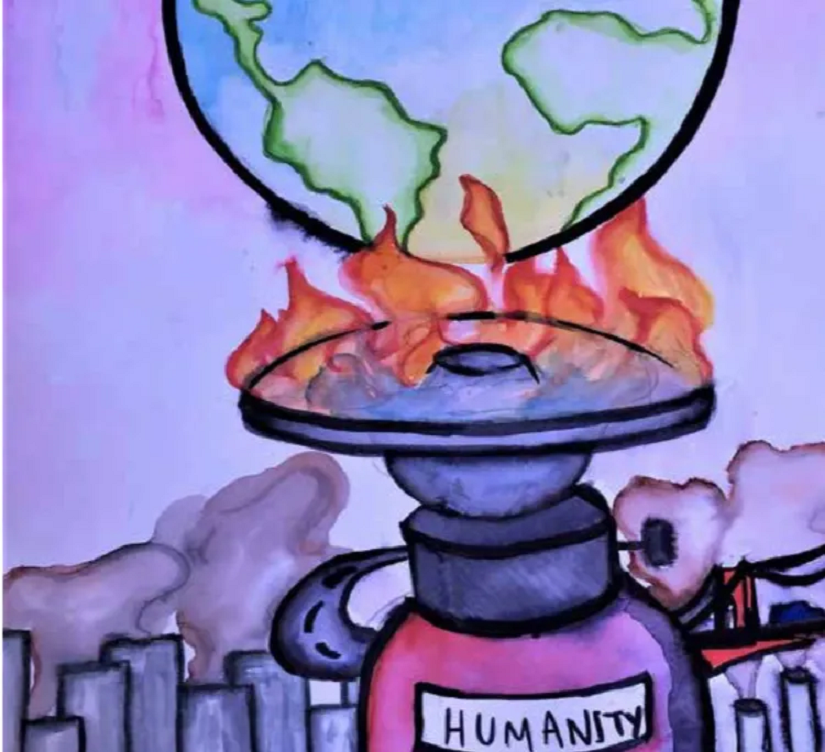 Τhe European Green Deal is an ambitious plan by the European Commission. Despite the positive connotations of its “green” element, it has raised concerns. Various affected parties are uneasy about the fair and practical implementation of this strategy and the eventual achievement of its envisioned objectives. Within Greece, criticism, among other things, has focused on the installation sites and the scale of renewable energy technologies, such as wind farms.

In the context of the World Environmental Day 2021 and in the aftermath of the Conference on the Future of Europe, Inter Alia organised a workshop to present  the main elements of the European Green Deal strategy on Circular Economy and Energy, explore concerns and opposition, and propose solutions to make the suggested transition fair, feasible, and truly sustainable for society.

After presenting the key elements and policies of the European Green Deal in relation to the Energy Sector, the role of Circular Economy and the targets of the Greek action plan, participants of the workshop shared their fears and concerns about the proposed strategies and policies.

Then, participants were asked to think about what kind of policies and practices they would like to see being implemented in order to deal with climate change and effectively protect the environment.

To close the second part of the workshop, participants were asked to think about the structures and changes required to happen so that their preferred policies and practices can be realised.

Changes required for the proposed policies and practices to be realised

For the final part of the workshop, participants participated in a role play that helped them experience and identify different perspectives on the matter of renewable energy development projects. Participants were asked to play the roles of policy makers, business representatives, NGO representatives, citizens, tourists and workers in the energy sectors.  By participating in this activity, participants managed to go deeper into different arguments,  interests and perspectives that are either for or against the installation of wind farms.

One interesting aspect that needs to be considered when we talk about energy systems is that the produced energy is intended, among other things, for personal home consumption and industry consumption. This distinction might help us develop and implement policies that address each purpose differently. For example, personal energy uses might be covered by policies that promote the production of energy for self-consumption (i.e. each household could produce its own energy or benefit from energy communities). This implies smaller scale installation of energy systems which could also supply energy to  smaller local businesses and institutions (eg. schools, municipality buildings). On the other hand, to secure energy disposal from renewable energy systems at all times and also, produce the required amount of energy to cover the needs of the industry sector, larger scale energy systems might be unavoidable.  Of course, this should be associated with careful and robust environmental studies that show where such large systems can and should be installed in order to avoid biodiversity loss and further ecological degradation. Finally, it was clear for the participants that there is a need to better inform the citizens and the local community on such matters, as well as create participatory processes that directly involve them and take into account their views. The current public consultation system is not enough.

Based on the workshop results, we identified six categories of policy interventions that should be further developed at the local, regional (Greece), as well as European level. These are:

When it comes to policy proposals, there will always be challenges that create debates and tensions among the people involved and directly affected. What is clear so far is that there are people who are questioning the principles, objectives and foundations of the European Green Deal and its associated national action plans. If we want to talk about really just and sustainable transitions, we need to see how we can make the process more democratic and participatory. At the same time, look for transformations within ourselves, the community and the economy. Otherwise, European Green Deal is going to be another “subsidy” and “investment” programme for profit, another “greener” way for doing business as usual and not for a change on how we perceive ourselves and our (production, consumption, cultural, political, etc) systems in relation to nature.