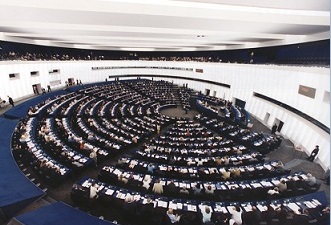 The official run-up to the 2014 European elections starts on 10 September, when the European Parliament launches its awareness and information campaign. This campaign will continue beyond the elections themselves, until the newly-elected Parliament in turn elects the next European Commission President.

“The only way to legitimize and influence EU decision-making is through the European Parliament”, stresses Anni Podimata (S&D, EL), one of the two EP Vice-Presidents responsible for communication. “There is a perception that EU political decision-taking in the current economic crisis has lacked proper legitimacy. People, EU voters, have the exclusive possibility to determine the political majorities of the Parliament, which will set the course for forging legislation, challenging bad policies and leading the debate in the five years following the elections.”

“The European Parliament is the Chamber of EU citizens – we are the citizens’ voice in the EU decision-making process,” stresses Othmar Karas (EPP, AT), the other Vice-President responsible for communication. “But this time it’s different. This campaign will lead up to the European elections of 22-25 May 2014, but also beyond, until Parliament elects the President of the European Commission and approves the new Commission’s political agenda.”

Most laws now originate at EU level, which makes the European Parliament at least as powerful as any national one. Voters therefore need to know what decisions are taken in “Brussels” (or Strasbourg) and how they can influence those decisions.

The campaign will have four phases. Phase one starts now, with the presentation of the baseline ACT.REACT.IMPACT. This phase aims to explain the European Parliament’s new powers and their implications for people living in the EU.

Phase two, from October to February 2014, will highlight five key topics – the economy, jobs, quality of life, money and the EU in the world – at a series of interactive events in European cities.

Phase three, the election campaign proper, starts in February. It will focus on the 22-25 May election dates. These dates will be added to the logo as the elections draw near.

After the elections, the final phase will focus on the newly-elected European Parliament, its election of the next European Commission President and the inauguration of the new Commission.

The logo with the baseline ACT.REACT.IMPACT. stresses that EU voters can exercise their power, through the ballot box, to determine the future shape of Europe.