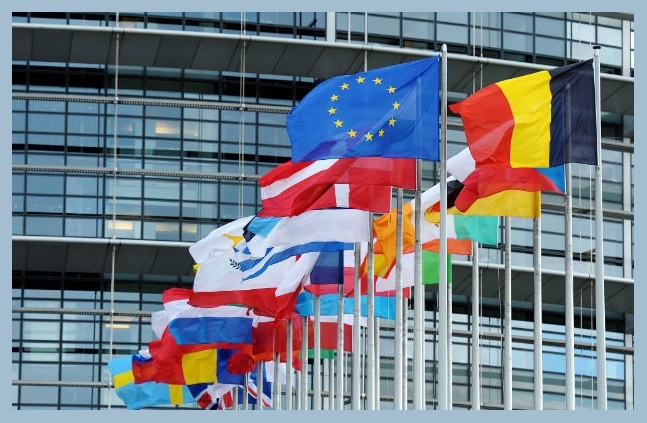 The European process seems to face delays, drawbacks and insuperable impediments. Nevertheless, it is duly claimed that the European route is that of constant tightening and unification. On the other hand, one can assert that this route is mainly followed economically, legalistically and elitistically on the high-political and bureaucratic level and that the need for the participation of the European peoples is ill-communicated. Or even that public apathy by the European citizens leads to the non-use of the available communication and participation channels.

Like the European single market, the single travel and immigration Schengen Area, the Eurozone monetary union and other less grand measures decided towards the creation of a more coherent and functional Europe, the Common Foreign and Security Policy (CFSP) aims at the same direction by attempting to coordinate security and defense EU action.

Though, foreign policy refers to action and interaction on the international milieu, its implementation presupposes the assessment and balancing of the internal factors and trends as well. Such a complex process makes planning and decision-making, tasks hard to attain. In the case of the European Union, a union of states, one can imagine that such a job is even more difficult to achieve.

The will for coordination on the foreign policy level, roots back at 1950s Western European Union (WEU) and the 1970s European Political Cooperation (EPC). In specific, the WEU was mainly an intergovernmental self-defense treaty and the EPC, an informal consultation mechanism on foreign policy issues between member states. The Maastricht Treaty (1991) that established the European Union and the Amsterdam Treaty (1997) that introduced the High Representative for the Common Foreign and Security Policy succeeded the WEU and the EPC. In 2009, the Lisbon Treaty created the post of the High Representative of the Union for Foreign Affairs and Security Policy (HR).

All of these platforms of action, have more or less failed to present the EU as a solid foreign policy player, constituting the famous saying, “If I want to call Europe, who do I call?”, timely. The cases of Bosnia & Herzegovina (1992-1995) and Kosovo (1998-1999) as well as these of Iraq revisited (2003), the Arab Spring (2010), Libya (2011) and Syria (2011-present) show the diachronic impotence of the EU to respond in a unified way during global and regional crises. The effective mediation of the French Presidency in Ossetia (2008), as well as other EU missions, shows that while there are effective EU actions at the same time they underline the EU’s problematic crisis management mechanisms.

As accurately and often noted, a common foreign policy is not only coordination of action and reaction. It has to do with a bunch of interests that need to be set by the constituents of the Union. But how can the EU members agree for a set of interests if they cannot do so on a set of common values? Equally often, experts point out that there is not even the beginning of a consensus, about what European values are.

A quick glance at the EU’s goals beyond its boundaries shows that the Union aims at the promotion of the European values to the rest of the world such as peace, security, sustainable development of the Earth, solidarity and mutual respect among peoples, eradication of poverty, protection of human rights and development of international law, among others. Few people could disagree on these goals. In fact, no United Nations member ever argues against the promotion of these values. However,this list is disappointingly vague and resembles more a prayer book than a set of concrete values.

Obviously, the lack of consensus on concrete values leads to a corresponding lack of consensus on what a set of common interests could be. What naturally comes next is the diversification of the member-states’ strategies that sabotage a probable joint foreign policy and offer a negative image that repeatedly damages the Union’s global reputation.

The aboveascertainments seem true as there is great confusion on all levels of the EU manufacture. On high-politics, state leaderships constantly undermine EU institutions’ significance and credibility by putting national goals above common ones. On the institutional level, functionality usually stops short at economic decisions. On the citizen level participation in the EU decisions and process is faced by the majority with indifference and demerit. Thus, there exists an obvious communication gap between the top and the bottom. The EU fails to represent its citizens as a totality and the EU citizens fail to see clearly the present and future benefits of their inter-ethnic identity. National leaders fail to inspire such values since they displace the “European” for the “national” as if the first was the exact opposite of the second and sacrifice common EU goals for short-term national ones. Moreover, the historical coincidence of the economic hardship favors populist and nationalistic politics that aim at domestic gains through the demonization of the EU.

Under these circumstances the common European foreign policy target is obstructed farther as it was never backed and attempted wholeheartedly. EU state leaders and EU officials did not bother to sufficiently communicate to their people what the Union stands for except from generic references to universal values. A recent example of a fuzzy wishlist is Jose Manuel Baroso’s Nobel Prize speech.

Most of all, EU states and EU decision-makers never answered themselves the euro-existential questions that keep on returning over and over again; Does the EU want to play a major role in global politics or does it only want to pick up the pieces? If the EU states do not clarify the spectrum of joint values and consequently sit in the roundtable, discuss frankly and decide in common what their foreign policy interests are they will never reach a European Foreign Policy and even if they do so, it will not be functional.

In order to answer to the foreign policy question, EU states have to decide whether they wish to continue to pursue national goals on a state level or whether they wish to make a powerful global player out of the EU. One step further, what the EU needs in order to shape a minimum consensus foreign policy strategy is leadership. Undisputed and unobstructed foreign policy leadership which does not necessarily have to be charismatic and inspirational but with clear duties and tasks and hands unbound from narrow, national interests.