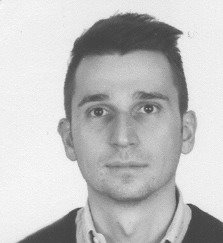 A well-known consequence of the recent Eurozone crisis has been the rapid deterioration of German-Greek relations. The reciprocal aggression of populist tabloids in both countries in correlation with slowly reactive and rather reluctant political elites at national and European levels harmed decisively the relationship between Germany and Greece which has been marked historically by noteworthy ups (e.g. Philhellenism throughout the 19th century) and downs (e.g. Nazi Occupation in World War II).

As a gesture of solidarity, the German government decided to establish and support a German-Greek Youth Office based on the longstanding experience of similar institutions with France (1963) and Poland (1991). The idea of increased youth communication and cooperation between the two countries was expressed in public by the German President, Joachim Gauck, during his official visit to Greece in March 2014 and the final agreement was reached in Berlin a few months later (12 September 2014) in the presence of the German and the Greek president.The German-Greek Youth Office aims at constituting a networking platform that will allow Germans and Greeks to share experiences, exchange viewpoints and discuss the feasibility of potential youth programmes in terms of vocational training, volunteering, summer camps, cultural or sport activities or projects in the field of remembrance and reconciliation.

With regards to the aforementioned conceptual framework, 50 Germans and 50 Greeks that represent various state institutions and non-governmental organisations met at the beginning of November in Bad Honnef, a spa town near Bonn, to discuss crucial aspects of the prospective German-Greek Youth Office. The first day (03 November) was highlighted by the speeches of Spiros Moskovou, a journalist at Deutsche Welle, and Maria Topali, a German-educated poet, who view the German-Greek relations over time as a story of unfulfilled love. Notwithstanding the past, Topali argued that we should now focus on what should be done to improve these relations rather than analyse endlessly the mistakes that have been done by both sides. The second day (04 November) started with a brainstorming on the potential challenges of the prospective youth office and continued with visits to organisations in Cologne which deal with vocational training, social exclusion of adolescents, performance arts etc. The participants from Germany and Greece had the chance to get an insight into youth programmes from organisations that have a longstanding experience on the aforementioned topics. Based on these visits in Cologne, five working groups were created the next day (05 November) in Bad Honnef to discuss potential cooperation between Germany and Greece in the fields of vocational training, remembrance/reconciliation, cultural exchange, environment/sustainable tourism and social integration. The participants discussed explicitly the feasibility of individual projects, some of which were briefly presented in the plenary on the day of departure (06 November).

Inter Alia was present in Bad Honnef, reflected on the potential impact of the prospective German-Greek Youth Office, shared concerns with regards to the realisation of actual projects and interacted with German counterparts with the aim of finding common ground as a prerequisite for potential cooperation on youth projects in the future. Networking was also facilitated in this forum through a so called “project market”, i.e. an exhibition where organisations, such as Inter Alia, presented their work through posters, flyers and other printed material. Overall, Inter Alia welcomes the German initiative for closer youth cooperation with Greece based on the firm persuasion that reciprocal stereotypes can be deconstructed only through continuous and essential communication.