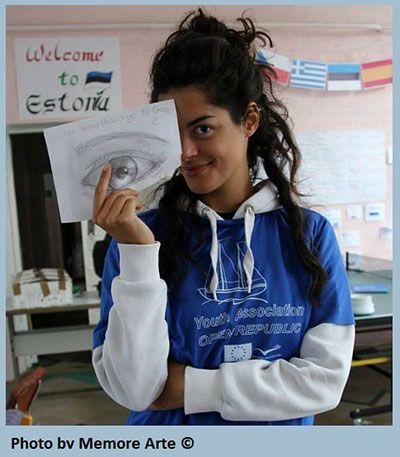 Inter Alia formed a group of 4 and travelled to Narva-Jõesuu, Estonia to participate in the design of the “ideal European” with four other groups from Spain, Turkey, the Czech Republic and of course, the hosts from Estonia.

The Greek group, comprised of Elli Iliou, Lina Papandreou, Nikos Papakostas and Boyka Boneva, took active part in all activities, shared their ideas and made suggestions, looked for partners and spread the mission and vision of the organization, along with their own views on the common values in Europe.

An optimistic note about the future of the EU came out, yet on Day 2, during the workshop “Me in Europe” when 25 different people who have never met each other before, expressed very similar ideas and visions about “their ideal Europe”. Another encouraging message, based on the frequency of their appearance, were the common characteristics attributed to the “ideal European”. Although working in separate and independent groups, all prototypes featured a European – open minded, loving, caring and above all respectful. While reminded that EU = WE, or what we, citizens make out of it, most of the participants said that they expect more integration in the form of the common currency, common tax system, opening of markets, not to mention borders and communication channels. 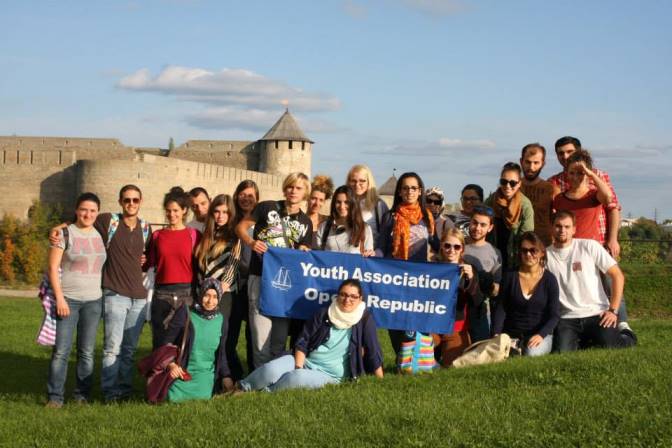 Considering it was a Youth exchange and the average age was 20 years old, the feeling was happiness, the attitude was to laugh and along with the workshops most of us wanted to have fun! I have the feeling that we didn’t really discuss in depth the political, strategic and economic aspects of Europe, nor gave time to consider and propose solutions and future plans. Very few were those with who I spoke seriously for those issues and they were mostly the participants of my group, Greece.However we all did consider the multicultural aspects of the united Europe, the Turkish girls were a great opportunity, but not the only one. We discussed a lot about social issues, as we actually formed a small society ourselves, where we had to function effectively and cooperate in our workshops, games, parties etc. Therefore there was a vivid dialogue about how people could best act in a society, so as to make it viable and pleasant for every one and I believe it was really fruitful and helpful because Europe as well as the entire Earth is a Society apart from Politics, Economy and the rest.Finally, as for my personal feelings, living together with so many unknown and different people was a lifetime experience. I believe I gained a lot of wisdom, broadened my horizons, mind and heart, and might have become a bit better person.Elli