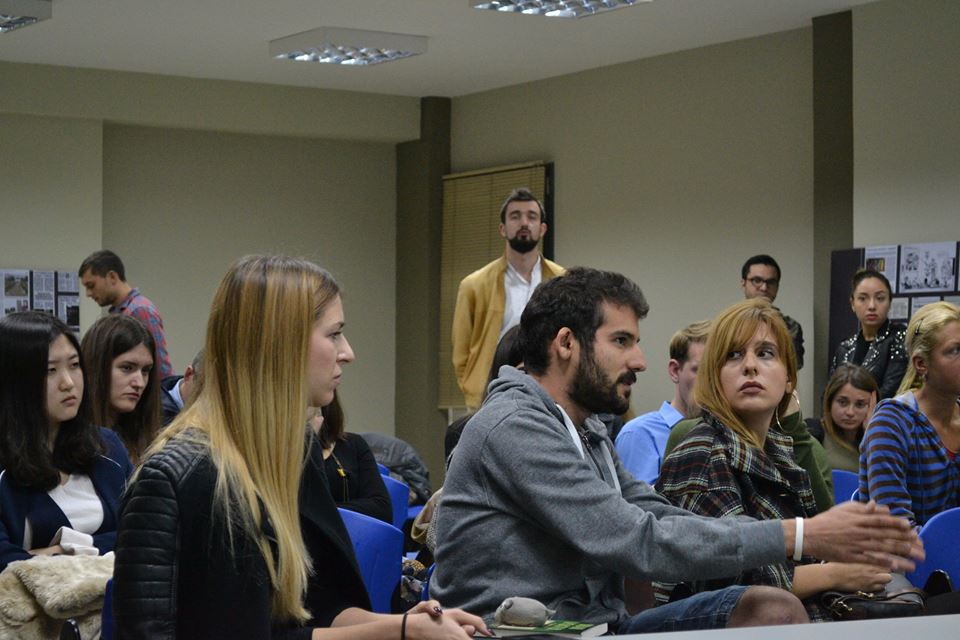 Media, Public Opinion & the EU’s Role during the Yugoslav Wars in the 1990s

On November 10, 2017 Ιnter Alia presented the outcomes of the “In Retrospect” project for European Remembrance (Europe for Citizens Programme 2016) at the Postgraduate Programme in Southeast European Studies of the Faculty of Political Science and Public Administration of the University of Athens. The documentary movie “In Retrospect” (available online HERE) was screened for the first time in Greece while a photo exhibition, which was created as part of the project, was displayed in the room. Among the public were Silas Michalakas, editor of the movie, Nikos Pasamitros, script writer as well as several members of the international project teams.

In the discussion that followed the screening, the audience asked about the structure and methodology of the documentary and expressed ideas and opinions on its main messages and future uses. The mini-exhibition featured front covers of selected newspapers from Greece, Belgium, Germany, Bosnia & Herzegovina, Serbia, Slovenia and the former Yugoslav Republic of Macedonia during the Yugoslav wars.

It is now displayed at the entrance of the seminar rooms where different postgraduate programmes of the Faculty of Political Science and Public Administration of the University of Athens are taught. For more information on the project contact Nikos Papakostas at papakostas@interaliaproject.com

“In Retrospect” was funded by the Europe for Citizens Programme of the EC.