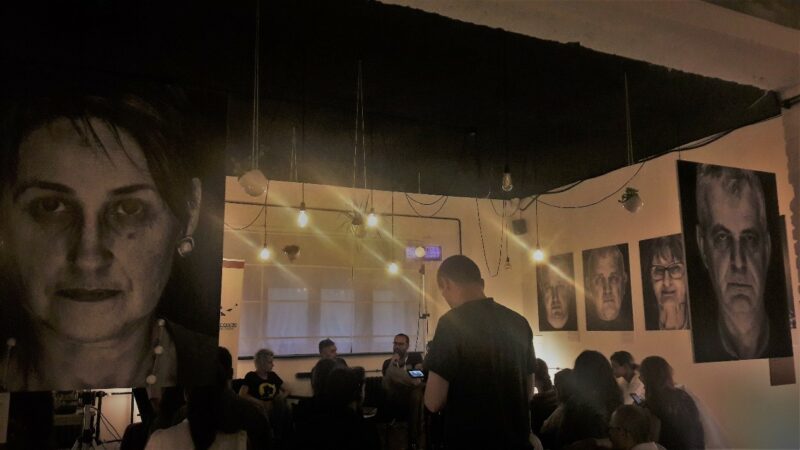 Vojvodina Civic Centre and Inter Alia co-organised the 2-day conference “In Retrospect” on 1 & 2 July in Novisad (Serbia) at Startit Centar Novisad. European journalists, artists, activists and politicians from countries in which the Yugoslav wars were reported about, were among the key speakers of the conference reflecting upon the processes of building participative culture of remembrance in post conflict societies in the territory of former Yugoslavia. During the conference the findings of the “In Retrospect” project were also presented.

From an artistic perspective, emotions and memories were evoked thanks to the photo exhibition “Lično” (“Personal”) of the artist Velija Hasanbegović. The exhibition contained black and white portraits of people who were victims in Ex-Yugoslav war and became peace heroes.

More than 100 people, media workers, activists, artists, students and many friends engaged with the Balkans and the Yugoslav wars had the opportunity to attend interesting debates and discuss with experts on the topic.

“In Retrospect” was a project that aimed to foster collective reflection and remembrance on the role of media in driving public opinion and shaping the process of decision making in critical instances of EU history.