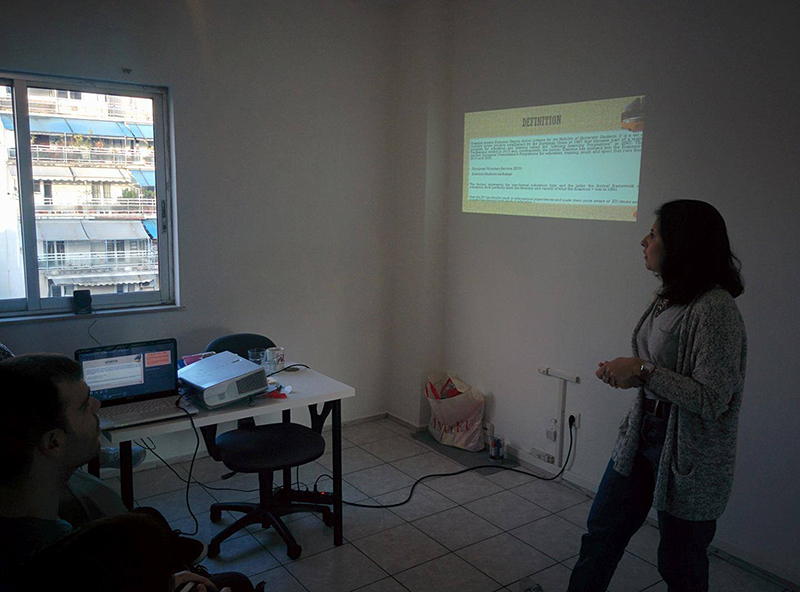 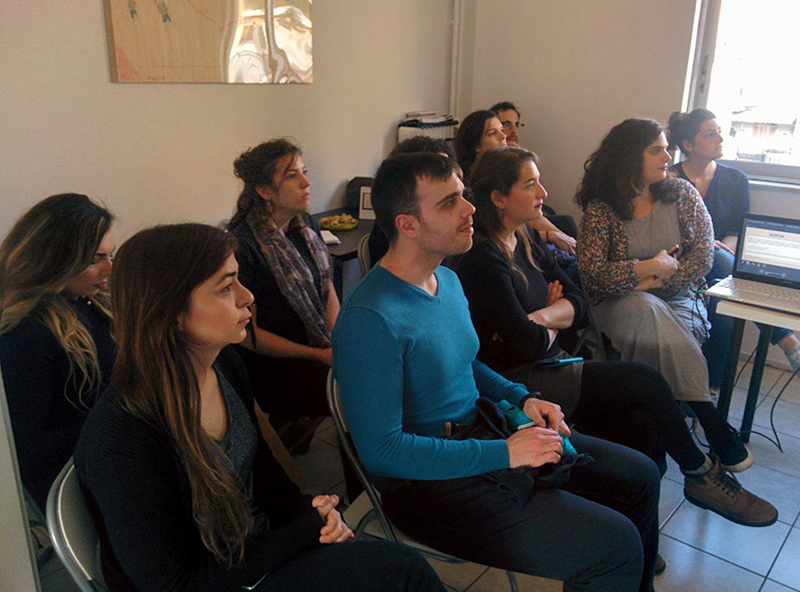 The final part of my project was to organise an event in order to promote the EVS and my research. The main aim for this event was to attract Greek teenagers still in high school but also Greek university students. I think it’s very important for people in their ealry 20s to know about these opportunities in order totake advantage of them. Today there are so many people who want to plan different projects but they don’t know how to implement them because they are not aware of the existing opportunities. The European Voluntary Service represents a great chance for young people to implement or take part in a project that they like. It can be a first step to build their dreams and their work projects.

After a short presentation of my project, we watched an extract of the French movie called The Spanish Flatwhich was created when the first Erasmus program started. It speaks about a French student who goes to Barcelona for one year. We had a discussion about it after and also tasted Italian and French food. We formed a circle in order to speak more easily about our EVS or Erasmus experiences. 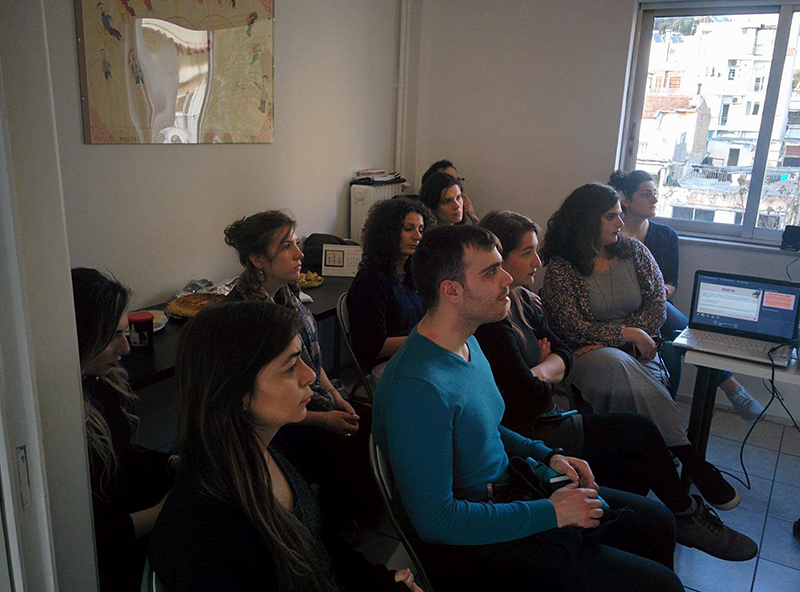 Thank you very much all of you for coming and for taking part in our discussion.