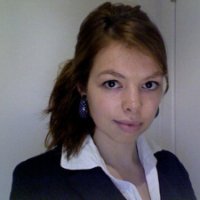 Merel Rolf represented us at the ‘Let me vote’ conference on participative democracy on December 3, 2013, held in Brussels and shared her impressions:

“Sessions were a bit different than on the program, probably because some of the speakers had to leave in the middle of the sessions. Summarizing I picked up the following points that were made:

– the European Citizen Initiative concept is far too much focused on nation-thinking. People from different member states need to fill it in differently, and it is in that way not ‘European’ as it is supposed to be
– political discourse takes place on a national level: it is important to reach the citizens there – how can we do that with the ECI?
– should inhabitants of a member state have the right to vote in the state where they live in? Should they be able to choose where to vote? (in general speakers were in favour of this)
– one of the obstacles for the extension of voting rights is that the information field in many countries is in a specific language. If you do not master this language, you should not be able to vote (but do all Spaniards know standard Spanish? Was this ever a criterium?)
– the rights attached o European citizenship are not well-known enough
– the ECI “let me vote” does not reach far enough – is a pan-European debate ever possible?
– too many other discussions (nationalistic, local, regional) are mixing themselves into the one about the ECI “Let me vote”
– Citizenship and identity don’t have much to do with each other
– if you can only vote local and European, like many expats and migrants, you can vote for the upper and lower half of a sandwich, but you don’t have the ham! (=national elections)
– it is outrageous that so many people can’t ever vote for national elections, not back home, not in their new country> Voting is a basic right
– in Brussels many migrants come from former dictatorships (Portugal, Spain) and they’re not used to voting at all
rolf

It was in general a quite lively conference, with some debate although I couldn’t see the real red line, maybe because I don’t know enough about the subject.

Thank you Merel Rolf for participating on our behalf!

Thank you Merel Rolf for participating on our behalf!
See the Let me vote Conference programme HERE
Categories:Networking