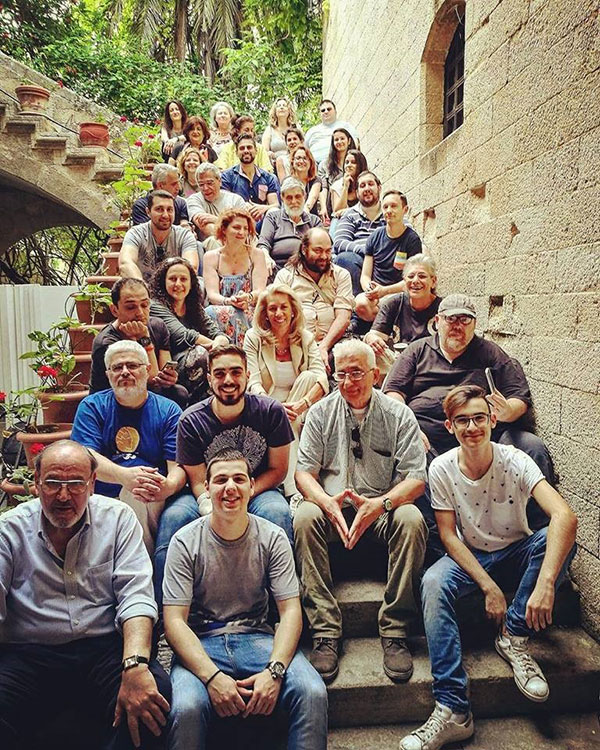 Inter Alia participated in the meeting of the national network of the Anna Lindh Foundation, that was carried out in Rhodes island from the 12th until the 14th of May. The meeting was supported by the House of Europe in Rhodes and the Region of South Aegean. The meeting took place in the French auberge (Consulate of France in Rhodes) and it included discussions of a variety of issues regarding the future actions of Anna Lindh Greece, as well as cultural events.In the first day, there was a brief presentation of the representatives of the organisations and Stefanos Valianatos from the Hellenic Foundation for Culture and Aris Paraschou from the United Societies of Balkans set out the agenda of the two following days. Moreover, there was the award ceremony of the winner of the photograph competition “50 shades of Greece”.

In the second day, the representatives of the organisations participated in the innovative technique “Living Library” that focused in the awareness raising on sensitive issues such as trans people rights, migrants/refugees, rape, people with disabilities. The books are people that narrate their personal stories and experiences and the readers have the opportunity to interact with the “book”. Afterwards, the ALF group enjoyed a tour of the medieval town of Rhodes, emphasizing on the monuments that reflect the multiculturalism of the island of Rhodes. In the afternoon, the results of the Youth Forum in Malta were presented from the delegation and then the ALF handbook “Intercultural Citizenship in the Euro Mediterranean Region” was presented from a trained on the handbook trainer. The day ended with the participants engaging in activities based on the handbook.

The third day opened with the presentation of the results of the projects that received funding from Anna Lindh Foundation (one presentation of the organization “StoryDoc” and on from “KANE”). Then, discussion followed on the function of the Greek Network for the following period (2017-2019), social entrepreneurship, and the function of the network’s focal points. The final day closed with a special session dedicated to funding opportunities and sources for non-profit and non-governmental organisations.

Inter Alia participated in the meeting of the national network of the Anna Lindh Foundation. The network met in Athens from the 23rd until the 25th of September and discussed a variety of issues concerning previous and future action of Anna Lindh Greece.

In the first day Stefanos Valianatos from the Hellenic Foundation for Culture and Aris Paraschou from the United Societies of Balkans reported and briefed the representatives of the organisations on pending issues and actions that can expand the impact of the Anna Lindh Greece.

In the second day, representatives met at the newly refurbished space of the “Wind of Renewal” social cooperative that aspires to host up to 250 refugees under, more than, decent conditions and as soon as possible in an attempt to address the burning refugee issue of Athens. The network discussed courses and tools for action and the needs of each member-organisation and the ways they can be better served through the function of the network.