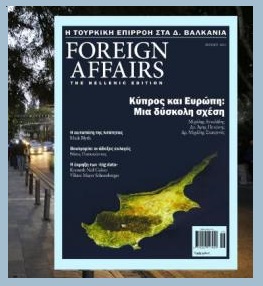 Nikos Papakostas, head of Inter Alia research and analysis, published a follow up to the Bulgarian election on the recent issue of Foreign Affairs, the Hellenic Edition. The article that is titled “Bulgaria: the Inglorious Election – A Promising Political Stalemate” analyzed the messages of the election and concluded that the current political stalemate can function as an awakening for the political system and can generate the necessary political and economic reforms.

The article followed Boyka Boneva’s, Southeast European expert and Inter Alia’s networking manager, article in the May edition that charted the map of political forces in Bulgaria and underscored the importance of the recent elections.