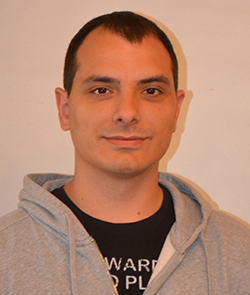 Nikos Papakostas is a founding member of INTER ALIA

While including myself in the age of “youth” feels like a stretch of the term, I somehow managed to sneak into the 13th International Youth Conference organized by Youth Alliance in Krusevo, FYR Macedonia between September 11th and September 15th 2015. 60 youth leaders (sic.) from 16 countries discussed the present and future of South East Europe in the light of EU values (sic.). Having been a student of the Balkans for quite some time, the impressions I received from discussing and spending time with my welcoming peers might be worth sharing. Obviously, this brief report does not aspire to encapsulate fully or accurately general behavioral patterns of the youth in the region; it rather aims to raise some questions and concerns about social sustainability in the Balkans in the years to come based on empirical observations.

–    Let bygones be bygones: My own perceptions and stereotypes about the region and its people led me to expect that in such a youth forum, discussions about recent history, gossip and narrations from the conflicts, would be part of the daily routine. Still, four days of discussing politics, economics, entrepreneurship, the media and migration in the region made me think again. Αs enthusiastic participants were for talking about the future of the region in the EU and its professed value system, future plans and ideas for project and businesses, they were equally disengaged about going down the road of recent history.
The Western Balkan region constitutes a characteristic and probably effective application of the neoliberal idea that growing economic cooperation and transaction should finally bring along development and peace. Be that as it may, taboos do not help in resolving conflicts and promoting sustainable peace. Deconstructing stereotypes implies analyzing and accepting the past rather than resorting to destructions or oblivion. Leaders (youth or otherwise) should be rhetorically, psychologically and interpersonally ready to contemplate the past with logic and emotion alike and to seek joint perceptual patterns of the region, themselves and the future no matter how painful this might be.
Besides, while this ahistorical comprehension of the present might be fostering, indeed significant, self-reflection; it also tends to disregard the devastating implication of the West during the conflicts. History has all but vindicated the EU and the US for their role during the 1990s wars and Western Balkan societies, even more so the youth, should be aware and ready to utilize this fact for demanding more in terms of development assistance and integration in transnational institutions.

–    Regional cooperation has worked miracles: Mobility in the region fostered by the EU, basically Germany, and the US has been a stepping stone for averting stereotypes taking seed among a significant part of the youth. This process of regional integration is important inasmuch as South East European and Western Balkans’ societies do not view it as an EU accession prerequisite. Regional cooperation, in order to bring along sustainable long term impact, should be driven by local agency, be a parallel procedure and a viable alternative to EU integration basically for two reasons: 1. What the EU will come to mean in the following years is uncertain. The process of accession reflects the progress of candidate states only to a limited extent and appears to be basically related to political considerations of EU member states; 2. Economic development in the current international environment should be diverse and internally driven. Donor driven policies not only do not work but also sustain existing perceptions about fund absorption that, in turn, aggravate aid fatigue and its repercussions.

–    The notion of the “West” still celebrated: Criticizing the West on one level or the other seemed to many of my peers during the youth conference too complicated a task and to others just “Balkan-like”, self-serving and defeatist. The fact that the “West”, as it is commonly understood – a place of prosperity, rights and progress- is going through a universal crisis was almost disregarded. For instance, while the debt crisis (interestingly, focusing more on the personality of the Greek PM Alexis Tsipras rather than the overall management by the EU) was repeatedly mentioned, as was the refugee crisis, they were perceived as exogenously caused infections rather than symptoms of an underlying malaise of EU politics. All these displayed a distorted image of the EU affairs which is deemed problematic basically because: 1. The critical views and inputs of these bright youngsters – bound to be political, business or social leaders in the years to come – are essential for trying to fix what is wrong and what is broken in Europe (Balkan people are used to repairing stuff anyway); 2. The hegemonic conceptualization of the “good European” has been overtaken by developments and has proved unworkable; 3. EU member states are hardly in a position of schooling anyone for lack of progress in vital areas of governance e.g. the fight against corruption. While important, the latter needs to be internally driven rather than externally imposed, let alone now, that cases such as “Diesel-gate” or the Google affair cause us, citizens of old EU-member states, embarrassment.

–    Balkan identity as a necessary evil: As days went by I sensed that the youth on some level cherished their Balkan origin but they were unable or unwilling or embarrassed to defend it. Many seemed to perceive their Balkan identity both as a strong and undeniable feature of theirs and as a burden they need to carry. Positive aspects of the Balkan character, again as generalized perceptions, were either disregarded or failed to be externalized while a general numbness prevailed when the importance of the Balkans’ cultural heritage for Europe’s common history would come up.

–    A great volume of talent and human resources at the exit: The strict organizational discipline and the hard-workingness of the conference team coupled with increased fluency with new technologies suggested a revolution of the youth against long-lasting stereotypes towards Balkan people such as laziness, procrastination, disorganization etc. These observations invigorated my strong faith in the region and its people and made me identify a competitive advantage of the Balkans. However, while space defying concepts such as on-line labor were repeatedly raised and thoroughly discussed, the decision of most of the youngsters to emigrate seems irreversible. Unfortunately, more recent and elaborate notions, rhetorically supported by the EU, such as “local agency” or “inclusive growth” have not been integrated in the minds and hearts of young Balkanians as much as others such as market economy and representative democracy.

–    Ideology driven remarks sound peculiar: It appears that an apolitical young generation is formed in the region. Similar to other cases of growing apathy as a result of historical events (to name a few: the apathetic youth in Greece following the end of military junta, the largely disengaged youth in Central and East European countries after the fall of the Iron Curtain or even the so-called generation ‘y’ in Turkey after the 1980s coup), the well-educated middle-class youngsters, the first generation after the dissolution of Yugoslavia that has not really experienced violent conflict, seems to have been raised in an environment where politics are considered the source of all evils; and involvement in it is a lost cause. Many of the participants seemed to be taken aback by the most generic Marxist ideas or leftist suggestions expressed by some speakers while being rather receptive to market fundamentalism (expressed by others). This is not to imply that class struggle is necessarily the way to go; still, youngsters’ discomfort with ideas that antagonize the existing economic model (sic.) or a neoliberal mainstream suggested limited social capital and self-confidence for collective action. Here, two social sciences’ commonplaces might be worth repeating: a. political apathy of the competent youth nurtures nationalism and leaves society prey to the simplifications of the populists or the incompetent (0r both); b. Economic knowhow without sociopolitical underpinnings often leads to an unconscious conservativism that contradicts the aspired open-mindedness of contemporary Balkan youth.

–    Lack of enthusiasm and self-confidence for innovation is unequivocally criticized: In the effort to beat “Balkanism” (sic.), both participants and speakers often forgot that change is not an end in itself and that rejecting your society’s life-style pattern altogether, entails a form of defeatism. Not everyone needs to become a pioneer or a leader. Human societies are kept together due to social ties and networks which are sustained and furthered by normal folks. The notion of civil society was developed in the West in order to reflect a need that was created by the organic loosening or distraction of such social networks that needed to be reinvented. Due to slower economic progress, this necessity does not exist as strongly in the Western Balkans and this can be an asset rather than a liability.

Elite politics cut off from social realities is one of the basic culprits for the region’s relative backwardness. They have maintained divisiveness and particularism. This elite-driven perception of socio-political affairs will sustain itself as long the upcoming leaders perceive themselves as members of elites. For sustainable change to come, the next generation of leaders need to be socially sensitive, aware of their relative advantages and smartly critical of the existing system. The road of exclusive development is paved with good intentions and defensible concessions. The years that Balkan people have suffered from negative images and condescending by the mainstream of political and economic order, necessitates that the same mistakes are not repeated.

For mor info on the International Youth Conference contact papakostas@interaliaproject.com