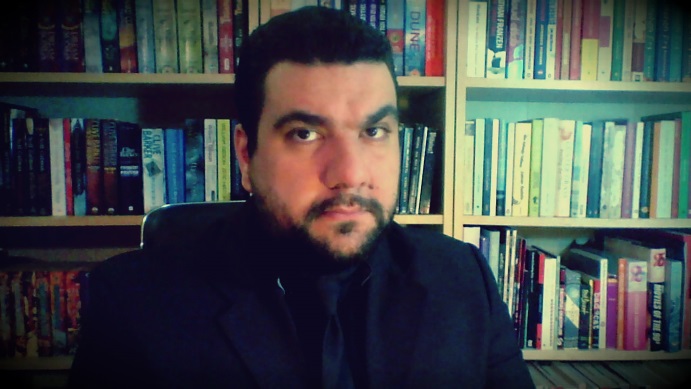 Presumably the EU member states as well as the East and the South partners horizontally project a rather lethargic attitude towards the objectives of the ENP. Despite the vehemence of the rhetoric and the occasional prepossession of some countries, the ENP comprises a set of policies anchored in inveterate perspectives of the South and East partners, characterised until very recently by acute lack of perspicacity.The differential treatment between the South and East members derived from the predisposed application of conditionality clauses and the essentially dissimilar approach towards each geographic grouping. The multileveled and diverse agenda of ENP orbits around migration issues and functions as a protective cloak with feint features against enlargement and subsequently is casting down its own dynamics and impinges on the temperament of the East and South partners. Of course the particular situation does not exonerate the attitude of the East and South, whose apathy is often drummed up only due to the financial advantages.

For some members of the academia, differential treatment not only between the South and the East, but also between countries belonging to the same geographic vicinity (namely Ukraine and Belarus) clearly shows the lack of consistency for the entire EU foreign policy. Of course, every country opposes a different set of challenges and situations; therefore they cannot be treated in monocular manner. However the lack of discretion for the underlying motives of the preferential treatment reduces the EU and its initiatives to lobbyist action.

The conditionality is by definition a preferential and biased reciprocating practice. The EU via the ENP as the munificent provider is usually delineating the rules. However, the South and the East recognize that any degree of partnership with the EU could or should yield mutual advantages, thus bumping up the claims. For the ENP partners, positive conditionality should be not only lucrative in theory but in practice too. But the indifference of many countries towards the EU is quite staggering. Besides the terms of positive conditionality (either ex-post or ex-ante) in many cases are not attractive enough and the terms of negative conditionality are often laughable and ignorable, therefore any pragmatic impact is miniscule. Additionally, there is an increasing criticism towards the EU due to the privileged standing of some of the recipients because of the use of ex-ante conditionality, instead of the more common ex-post method applied to the less trusted or reliable partners.

Ukraine and Belarus want to absorb as much as possible of the benefits of their dealings with the EU, but at the same time they are very careful of not violating the special relationship they maintain with Russia. In any case, the East faces added dilemmas as Russia has been re-established as a dynamic regional – if not global – power and the stakes have also been raised.The dominant perception in the political circles of those countries in terms of the relationship status with the EU is very similar to the early banal perception of the embryonic Balkan democracies – including Greece – all of which displayed far more attention in the financial aspects than in sustainable development and genuine democratic assimilation. Luckily for the thorny issue of the eastwards and southwards expansion, the EU has lost much of its appeal as a result of the budgetary scants and the manifold internal eccentricities. The institutional reforms attempt to invigorate the dwindling political substance but they remain parochial, especially towards the Middle-East and North Africa (MENA) region.

The East, due to its oscillation between Russia and the EU, with the exception of a couple of countries like Moldova, displays a less fervent propensity towards a more European perspective in relation to the past. For the sake of argument, even Turkey, that tangibly comes forward as a potential candidate for additional European integration has re-evaluated its position in terms of the relationship status. The particular Turkish re-orientation is not only evident amongst the circles of the political and economic elites but also among the public opinion. However, it must be acknowledged that the ENP does not comprise a vessel for a prospective enlargement of any given participant, but quite the opposite. Besides the EU projects less political weight in those countries than some of the individual member states such as Germany or France. However, democratisation is far more important – apart from plausible – for the adjacent countries in the East, as they could affect the EU in a myriad of scenarios, with particular focus on migration, stability and security. More to the point, democratic processes possibly will find more fertile ground in the East rather than in the South, as the whole of the South needs significantly more time (perhaps several decades of stability) to ferment and bring forth an adequately experienced leadership. At the same time, the East -apart from being more industrialised – has more robust systemic background to prop up an EU-approved democratic government. Nevertheless, in both cases democratisation has a long way to fulfilment.

The South at the moment, especially after the Arab Spring, has an abundance of structural, political and social issues to cope with before even contemplating the idea of closer affinity with the EU. Despite the institutional rapprochement on behalf of the EU through the Euro-Mediterranean Partnership, the Union for the Mediterranean or the European Neighbourhood Policy, the lack of cohesion within the EU itself raised obstacles and setbacks, which limited most of the initiatives to the sphere of the rhetoric or rendered them inconclusive. The double standards of the European stance towards the MENA region have been embodied by the convenient support towards the autocratic regimes as the relations between the two shores were mostly determined by bilateralism. The preservation of a suitable political status quo in the South was more vital than the promotion of political reform or the respect of human rights as this could undermine the welfare of several member states.Besides, the determined alteration of any regime has never been the capacity of any EU initiative; instead the EU always promoted the vague and less intrusive tendency of augmented political dialogue. Despite the rhetoric, political reform or even democratisation in the South has been deliberately, but very tacitly and discreetly, avoided for the aforementioned reasons. However, after the deluge of the Arab Spring and the paradigm of Egypt and Syria, democratisation has been dreaded even more by Europe, as it legitimised the ascendance of the Islamic element into politics. This particular development, in the eyes of the Europeans, could potentially be detrimental for the veneer of the European policies and also endanger the vested bilateral interests of some of the European member states. Simultaneously the EU has not quite figured out yet how to deal with the new realities. But there is more to it.

The inconspicuous common denominator of the EU policy despite of the different methods of pursuit in the East and the South seems to be the containment of migration (and trafficking).This is also the reason of the early incorporation of the migration policies of the EU into the ENP. The South and the East constantly call for an increase of the migration quotas; however the EU seems bemused by the migration flows. The dilemma is based on the assumption that while perceptions for the migration issue are generally negative throughout Europe -mostly due to the ongoing financial crisis – before long more immigrants will be required to support the ageing European workforce and the pension and welfare system. However, this cannot take place in the contemporary environment without preparatory systemic reforms within the EU. The logic of the origins of the EU migration policy becomes increasingly nefarious and in all actuality the EU is procrastinating as well as digressing inevitable internal structural reforms with regional palliative measures through the ENP.

Even if the ENP is as inefficient and superficial as suggested, will the countries be involved better off without it? Definitely not, despite the intricacy to quantify it, as the slightest grain of help is extremely vital. But the input of the EU is too big for such a small output and the anticipation of the recipients in most cases is purely self-seeking. Besides, despite the inadequate achievements the majority of the objectives faced significant implementation problems. Therefore, in a holistic assessment, even backdated to the EMP aspirations, the EU has blatantly failed to make any noteworthy impact. However, it is a considerable victory that the ENP become conscious of the fact that a democratic system and respect for human rights are attributes that cannot be taught or introduced to the East or the South, but they have to be brought into being by a home-grown course of action. Of course, the particular realisation requires a fundamentally different, protracted and costly approach, which the EU and more than likely the beneficiaries themselves are not willing to undergo just yet.

Therefore the EU and subsequently the ENP for a gigantic pressure group is a highly effective amalgamation of various components, but for a sui generis politico-economic institution and entity that is supposed to be, it faces certain self-inflicted detrimental challenges. Despite the cliché of the assertion, the EU without far reaching internal reconfiguration addressing the aforementioned complexities will not attain the needed macro-solutions for the domestic and regional mega-problems; on the contrary it will preserve them, pigeonhole them and very likely augment them in next to no time.