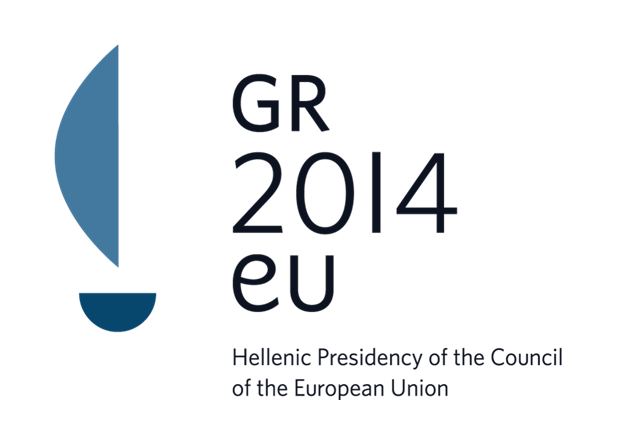 Greece took over the Presidency of the Council of the European Union in the midst of regional cataclysmic events like the escalating tensions in Ukraine and the on-going civil war in Syria, while the EU itself still faces demanding political and economic challenges from within. The priorities of the Greek Presidency are focused on tackling the major problem of youth employment and to forearm the EU mechanisms to prevent another financial crisis, however the emerging issue of illegal migration and the need for the strengthening and the sustainability of a system of effective multilateralism are also quintessential for the current agenda of the Presidency.
In the light of those developments the Centre of Eastern Studies for Culture and Communication (Panteion University-K.AN.S.), the Center for the Study of Mediterranean and Middle East Politics and Culture (University of the Aegean – KE.M.ME.P.) and the Institute of International Economic Relations (I.I.E.R.),

organised an all-day scientific workshop divided in four different thematic sections discussing the opportunities, the prospects and the capacity of the agenda of the Greek Presidency.

The 1st session dealt with the prospects of the current Greek Presidency of the Council of the EU with analytical focus on the crisis of the European South and the role of Greece.

The 2nd session (wherein Inter Alia was represented by Dr Rossis) discussed the political, economic and social issues the Mediterranean and Middle East following the Arab uprisings. In the 2nd session Mr George Kapopoulos coordinated the discussion and Dr Vivi Kefala as the first speaker took the floor. Dr Kefala scrutinized the turmoil in North Africa in the post-Arab Spring environment and she analysed the realignment processes that followed the uprising while setting the framework for a way out of the crisis. Without delay, Dr Nicholas Rossis clarified the constantly shifting contemporary political environment in Tunisia, Libya and Egypt. Also from the perspective of the average citizen he discussed the up to date issues and myths as shaped by the uprisings 3 years after their occurrence, as he only acknowledges the Arab Spring as a point of chronological and circumstantial reference. Professor Alexander Koutsis in a very thorough back casting analysis he scrutinized the Palestinian Issue reviewing the U.S and the E.U approach on the matter and provided valuable insights on the personalities that shape the present and the future of the Arab – Israeli peace process. The last speaker of the 2nd session was Dr Stefanos Vallianatos, who thoroughly discussed the potentially overlooked relevance and role of the Arab civil society as a pivotal element on the formation and outcome of the Arab Spring and he concluded by providing suggestions for the augmentation of the impact of the civil society in the Arab World.

After a short break the 3rd session discussed the role and potential transition of Turkey as a regional actor in the post-Arab Spring environment. Particular emphasis was given in the Syrian issue in relation to Turkey and Iran. The issue of Iran in relation to Greece and the well known wider global complications was adequately covered by Dr Thanos Dokos.

The concluding 4th session closely examined issues concerning the agenda of the Greek Presidency regarding the soft underbelly of the EU. The 4th session covered manifold political and economic problematic issues including illegal migration, lukewarm policies, energy and the prospects –as Dr Tsardanidis argued- of a sustainable but above all realistic political and legal cooperation under the auspices of a potentially level-headed entity like the Union for the Mediterranean.

In general it was a highly successful and insightful event. Ideas and suggestions have been exchanged and the attendance was rather satisfactory, while the pleasant mood during the Q&As provided even more perceptiveness in the issues discussed. It is also noteworthy that the attendance was astonishingly loyal despite the long hours of the workshop. Due to the high profile of the participants and the status of the organisers some of the resolutions which entailed knowledgeable and tangible attributes could potentially end up in real policy making propositions given the timely opportunity of the Greek Presidency. Nevertheless, we all know that the capabilities of the revolving Presidency are rather limited.