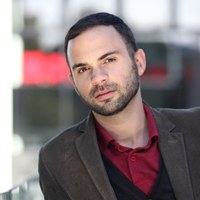 Dr. George Kyris is a Teaching Fellow at the University of Warwick, UK. His latest article in the Journal of Common Market studies reflects on the EU and the civil society of contested states http://onlinelibrary.wiley.com/doi/10.1111/jcms.12035/abstract

More and more, civil society is seen as an essential part of European integration. Either as a player in a more democratic decision-making or as a step towards the creation of a pan-European ‘public’, civil society has moved up the list of EU priorities in recent years. Indeed, this has been reflected in the institutional development of the EU: the calls of the 2009 Lisbon Treaty for greater transparency have civil society at their heart. At the same time, the ‘Citizens Initiative’, which allows the public to petition the European Commission to take action on a specific matter, is one more example of the growing significance of civil society for EU affairs.

This importance of civil society can be seen clearly in newer EU member states or candidates for membership. Recently, civil society has played a very important role in the EU integration of many South-East European countries. Civil society organisations have benefited by various EU programmes, which aim to prepare countries before joining the European family, and continue to have access to financial and technical assistance even after they become EU members.

Indeed, the atrophy and ineffectiveness of civil society in many countries, particularly in South-East Europe, offers new opportunities to Brussels: there is a lot of room to give money and ‘teach’ civil society how to organise better. At the same time, the EU can offer civil society the chance to lobby in Brussels rather than national capitals, which might lack open channels of communication between the government and nongovernmental actors.

Even more crucially, civil society leads the debate on the EU. Indeed, mostly in favour of European integration but sometimes eurosceptic too, civil society sets the public discussion agenda, especially beyond the EU borders. This was the case with the countries that joined the EU in 2004 and 2007, the newest member state Croatia but also the Western Balkans or Turkey, which are now in their ‘path’ towards full European integration.

Ukraine is not too dissimilar. The recent protests against the government’s decision to freeze negotiations on an association agreement with the EU were also mobilised by civil society. Indeed, when Catherine Ashton, the EU’s High Representative for Foreign Affairs, visited Kiev made time to meet with representatives of civil society. The same did Martin Schulz, the President of the European Parliament. In this context, civil society continues to be a motor of European integration, especially in countries that aspire to greater links with the EU.

What is interesting here is that civil society represents a particularly appealing partner of the EU in regimes that suffer from limited legitimacy, like in Ukraine: first of all, the EU often sees support to civil society as an essential ingredient of a ‘bottom-up’ change, where democracy and good governance come by changing the context within which regimes operate and the expectations of people. Secondly, civil society becomes an alternative partner to the EU, which might want to engage with domestic players beyond the authorities that suffer from limited legitimisation. Away from Ukraine, the EU has also been very keen to work with civil society in promoting democracy in many countries in the wider Mediterranean basin, including some that have been at the centre of the so-called ‘Arab Spring’.

During the last round of rallies in Ukraine, a banner wrote ‘they choose Kremlin money, we choose European values’. Clearly, the crisis-hit EU still is a unique, value-driven pole of attraction for many beyond its borders. In bringing change in the wider European periphery, civil society continues to be an important ‘ally’ of the EU.