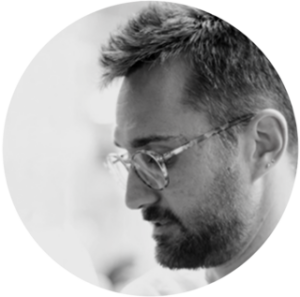 Nikos is a founding member of Inter Alia. In 2005 he graduated from the Department of Political Science and History of the Panteion University, and in 2007 he completed his MA in International Conflict Analysis at the University of Kent in Brussels (BSIS). In 2021, he obtained his PhD from the Department of International, European and Regional Studies of the Panteion University and a MSc in Environmental Sciences, specialising in Art and Environment, from the University of the Aegean. He has worked as a researcher for the Institute of International Economic Relations (IIER) and the Kosovo Foundation for Open Society (KFOS). He has published articles in academic journals and collective volumes, edited two political science collective volumes published by Inter Alia, and is a reviewer at the Social Semiotics journal. He has a series of presentations at conferences on the analysis on intercommunal conflicts, identities in international politics, and cultural heritage use. Since 2013, within the framework of Inter Alia, he participates in the implementation of educational, civic and creative programs, and oversees the research activities of the organisation. In 2018-2019, he was the cultural heritage supervisor of the ECHO project and a text-writer of the ECHO creative documentary titled “Dark Vein”. From 2019 to 2022 he was the co-manager of the ECHO II project artistic activities. From 2022 on is the heritage supervisor of ECHO III: For Memory’s Sake.