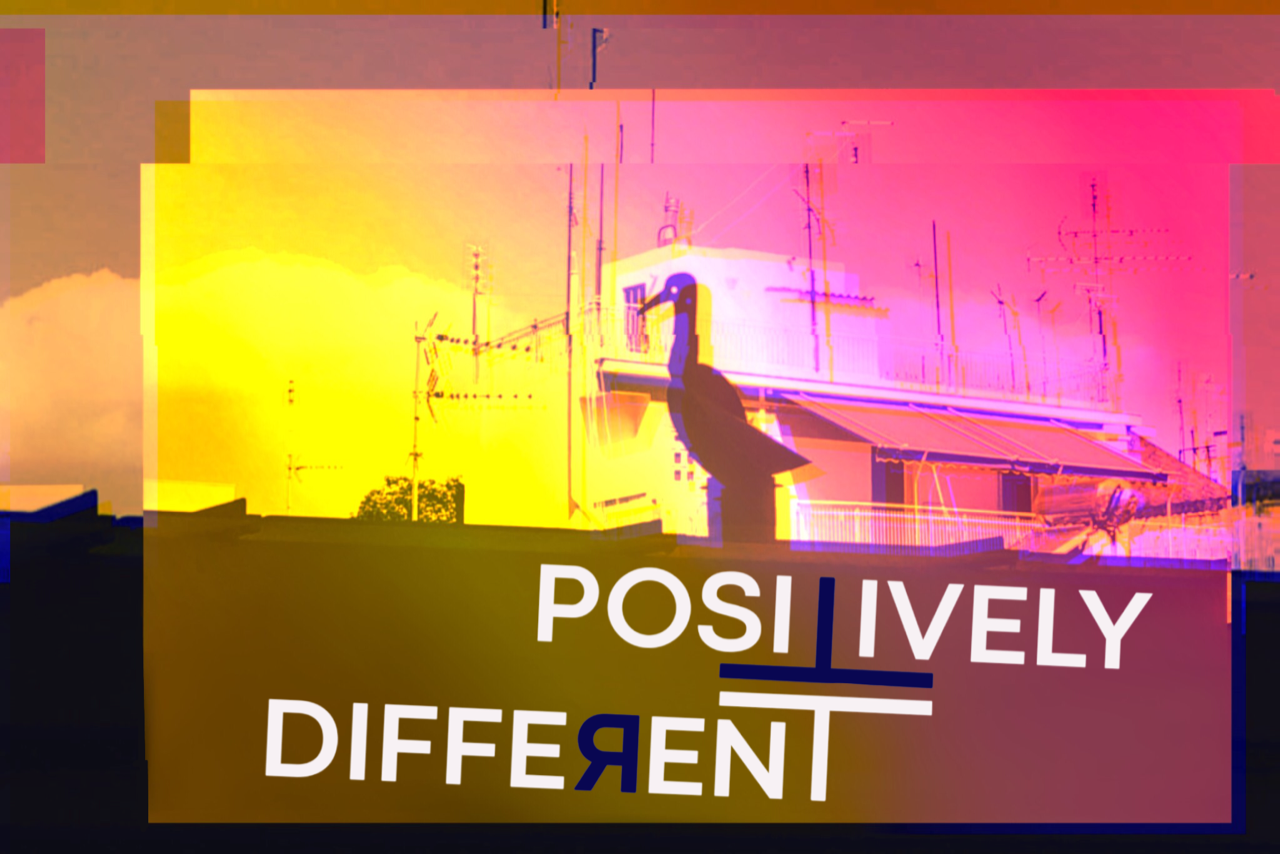 Drawn by the multiple facets of oppression, aspiring to further creative works, cultural networks and political causes from and about the invisibles of modern societies, the brand new “Positively Different” short film festival invites all film-makers, documentarists, visual artists and film-students to submit short movies from the fields of fiction, documentary or visual arts.

We are particularly interested in the topic of intersectionality; in the stories of communities and individuals that, due to their intersecting identities and complex experiences regarding their gender, sexuality, race, class, ethnicity, religion and able-bodiedness, remain in the dark, underrepresented and voiceless.Our team and audience is charmed by intellectual vigour, aesthetic and stylistic coherence as much as it is excited by straightforwardness, robustness, simplicity, tacitness. Shorts that reflect bold visions, grounded sophistication, original viewpoints and personal urgency are, essentially, what we are after!The festival will feature a curated catalogue of 30 short films (up to 30′ long) that will be screened between the 13th and 15th of February in Athens competing for 3 prizes.Fresh, non-competitive productions by young amateurs belonging to marginalised groups, concerts, special screenings, poetry readings and discussions will assemble an intense three days of celebrating diversity as the beauty of our world.For more information on the project you can follow the link by clicking here, or contact Melina Kalfanti at melina.inter.alia@gmail.com.Awards and PrizesBest film prizeAudience prizeAll film-makers whose work will be screened during the festival in Athens, will be offered financial assistance for partially covering travel and subsistence costs during the festival. Submission of your video:- You can use Vimeo (by submitting your password) or any other platform to submit the video. Other forms of submission (e.g. USB stick delivered to our office) will also be accepted.- The video files should be in one of the formats: AVI, MP4 or MOV.- Videos created with a smartphone are encouraged and will also be accepted.- Suggested frame size 1080 * 1920- Language: The video can be in any language, subtitled in English.- Each video maker can participate with one video only.More information available here: papakostas@interaliaproject.com, indicating in the subject line of your e-mail: “Video Call 2019”.Film Festival Terms-Title: “Positively Different” Short Film Festival

-The final films will be selected by the International Jury of the Film Festival by January 9, 2020

-The jury consists of 3 well known European film-makers and experts.

-The selection of the screened films, the order of projection and the programme are decided by the organisers, based on the technical specifications, the duration and the grouping of the films.

-The organising team of the “Positively Different” short-film festival, reserves the right to project part of the final films whenever it is needed for reasons of promotion of the Festival and under no circumstances for commercial causes

-The organisers will decide about the possibility of giving special prizes regarding the amount and the characteristics of the finalist films.

-The award ceremony will take place in Athens in a special ceremony right after the end of the “Positively Different” Short Film Festival and it will give: Best Film Award, Audience Award, New Entry Award

-Participants agree to give interviews to the communication sponsors and to be photographed if asked.

-Parts of the Festival will be filmed for Inter Alia’s archive and for its promotion to the public. Members of the audience and participants that may appear in these parts cannot claim anything from the organising company.

-The sending out of the signed participation form entails the complete and unconditional acceptance of the above terms of participation.