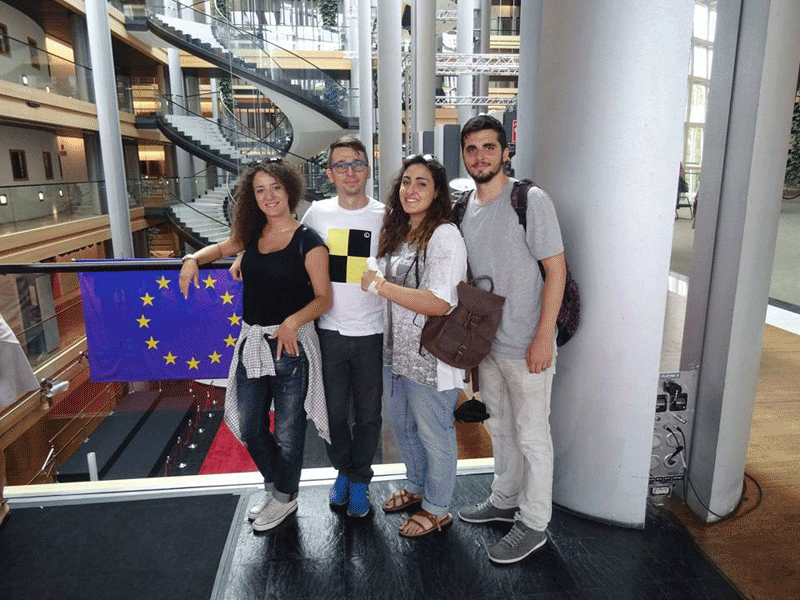 Greek participants of the European Youth Weeks in Heppenheim, Germany share their experience

Taking part in this project was one of the best experiences I have ever had. Filling an application form and explaining why I would like to take part in it were the things I had to do in order to be there. Luckily, I was accepted and the adventure started!

Two full weeks in a small town called Heppenheim just outside Frankfurt along with 40 other participants from all around Europe and a team leader from each country. During our stay there, we had the opportunity to discuss different perspectives in Europe, about the Greek crisis and the refugee issue and other subjects too such as stereotypes and prejudices. Of course, taking part in sessions was not the only thing we did. We took part in numerous activities such as a treasure hunt in Heppenheim or crafting collages inspired from several topics.

During our stay in Germany we had the opportunity to visit nearby cities like Heidelberg and Worms and of course Strasbourg where we had a tour inside the European Parliament. Our free time was really interesting as well! Especially during the nights we organised parties that had a specific theme like a horror party for example. Food, drinks and the best company you could possibly imagine! What else would you want?! 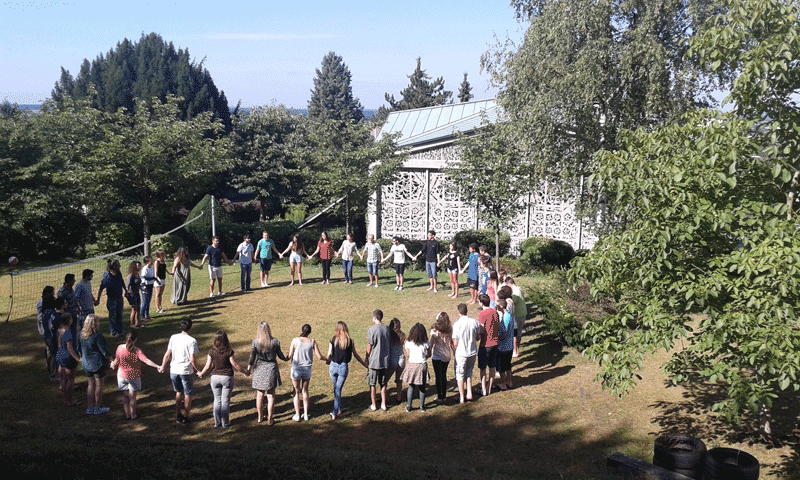 For me, it was one of the best things I have ever done! It was excellent in every aspect of it. It was exceptionally organised till the last detail. I had the opportunity to meet new people and make friends from all around Europe and to have a lot of fun while learning new things and exchanging opinions and perspectives about different issues that concern Europe these days. If I had the chance I would definitely do it again! I would like to thank everyone who worked for this project and especially Inter Alia because I highly doubt that without them taking part in this would have been possible!

The best thing about it was the combination between non-formal learning and interaction with people from different countries; it was bounded so beautifully. I feel lucky to have participated in this program not only for the knowledge offered but also for meeting so many wonderful people. For me, words are poor to describe all my feelings and the things I gained, I will only say that from now on I will carry the experiences and memories everywhere. I strongly believe that all people should live this unique experience; there is no way not to benefit yourself from this. So do it!

Thanks a lot for everything!

Summer in Greece is always amazing. But a pre-arranged project forces me to leave Greece by the end of July. My feelings a bit weird at the beginning. Bus from Nafpaktos to Athens, flight from Athens to Thessaloniki with a 5 hours delay, another flight from Thessaloniki to Frankfurt and by train to Heppenheim. I finally arrive late in the afternoon. Exhausted, hungry and very sleepy I just manage to meet Giorgos and three-four more people. The next day I feel more than ready to get into this experience for sure. Topic of the day: Greek Crisis… What will it be about? Will the others ask me questions about the situation in my beloved country and I will have to defend it? Will the questions be very personal or very economical? In what way can this topic be discussed without anyone feeling uncomfortable or insulted? These and many more questions were running in my head, because I didn’t have the time to realize that the people responsible for this project, were professionals, with a long experience and high respect to other’s needs, values and beliefs.

By the end of the day I was convinced and I let myself free to this extraordinary experience that had just started for me. The days passed in a second and before realizing it, all the 50+ members of the group(participants and teamers), from 11 different countries, with completely different opinions in many subjects, had succeeded in becoming a really powerful team, capable of doing great and important things, to have a really good time together, with our diversities being our treasure.

I really want to thank Giorgos and Inter Alia for giving me this once in a life experience!!!

Thank you very much.