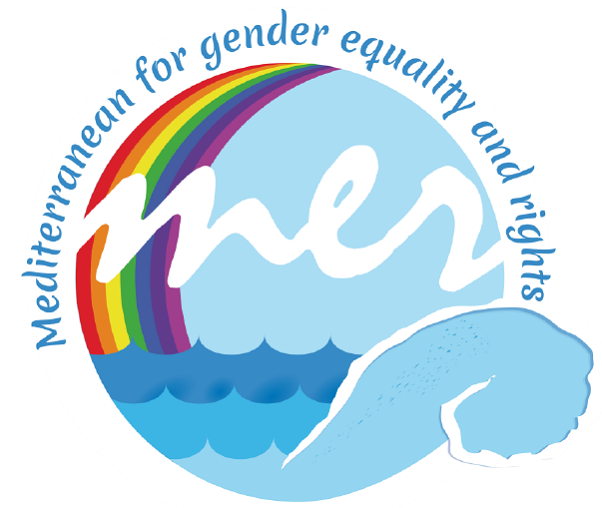 18 countries, covering a cultural spectrum from Western Europe to the Arab world, gathered to explore gender issues. How could Inter Alia miss it? We were there, with Lina Papandreou and Christiana Kyrkou! It has been 8 intense days from the point of view of learning, challenging stereotypes and ‘normalities’, walking on thin ice to balance cultural diversities, bonding, enjoying the company of new friends, exploring Palermo and overcoming our personal limits.

As gender mainstreaming entails, no topic was left untouched. Firstly, we navigated through sensitive definitions to create a working framework, with the indispensable guidance of our beloved trainers Haythem Kamel and Borislava Daskalova. Followingly, historical paths of gender roles in given societies were traced all the way back to Ancient Greece. Then, harmful and oppressing stereotypes were identified and de-constructed in a purifying process, while the role of advertisement in recycling these stereotypes was acknowledged. The sensitive issue of LGBTs was also extensively discussed, balancing between European and Arabic values.

Up to this point a break was essential and no place would have been better than the beautiful beach of Cefalù!

Once refreshed, theatre techniques were used to “walk in each other’s shoes”, while the “spectrum of attitudes to difference” was used to take one step further towards nurturance. The official final outcome of the Training Course was a piece of street theatre that was performed on 21 June 2014 in front of the Massimo Theatre of Palermo within the scope of Palermo Pride 2014. The theatrical piece aimed at raising awareness on gender equality and was welcomed by the bystanders. As for the non-official outcomes, the list is endless. Inter Alia feels it came out of the TC stronger, more culturally diversified, with new friends and allies with common goals and full of new experiences and cherished memories…

Gender mainstreaming is now an additional tool that

will help us fulfill our mission and realize our vision!

A big thank you to all participants, trainers and supporting staff that made MER possible!!