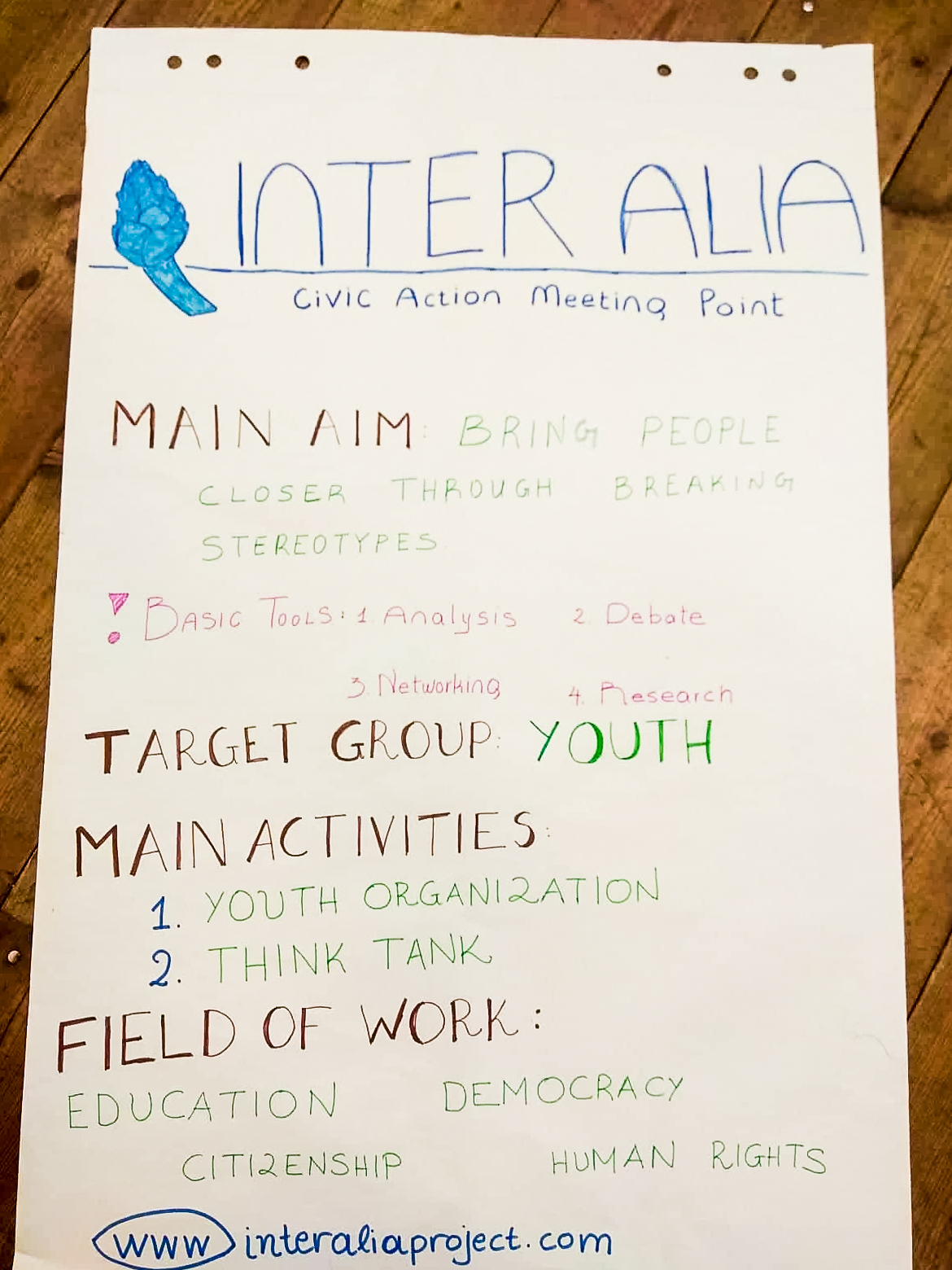 very representative title for my experience from the International Training Course for young people -of all ages- which was held in the Czech Republic, last September!

How it all began…

I initially became aware of the International Training Course (ITC) via the webpage of Inter Alia, where I noticed the announcement of the search for young people in order to represent Greece at the ITC, in Czech Republic. Following our communication with the team of Inter Alia and an e-meeting among both a member of the team and Maria -my companion in this whole experience- and myself, we were provided with all the useful information and tips and got ready to embark on the great journey of “Get Up, Stand Up”!

“Get Up, Stand Up” is an international training course which was organized within the context of the European programme “Europe for Citizens”, with the help of the Czech NGO Tmelník z.s. The team of the organisers was completed with two distinguished trainers who were always there for the participants throughout the whole duration of the course, sometimes to encourage us, sometimes to remind us of our duties and some other times just to have fun along with us!The project under the title “Get Up, Stand Up” was all about human rights and active citizenship. What we learnt during the programme was mainly the result of experiential learning pedagogy. The training methods that stood out were the debate and the open space one. During the latter, the trainees had the opportunity to assume the role of the trainers and organise sessions about a topic closely related to the main topic of the ITC that they were confident to talk about according to their own personal experience.

My expectations and… Were they fulfilled?

Since I had never been part of such a programme before, my initial expectations were kind of generic and mostly related to the subject matter, that was about human rights. After my first contact with the team of Inter Alia, I realised what I could expect from the course, what I would be asked to do and under which circumstances.

Judging from the end result, I would point out the fact that we -the participants- were assigned to “build” the knowledge that we would like to obtain as our trainers followed a specific training method called “the scaffolding” thereby giving us the opportunity to have an active role in the whole teaching procedure instead of rendering us plain passive receivers of raw knowledge.

Keepsake of “Get Up, Stand Up”

Apart from any knowledge related to human rights and active citizenship as well as to different teaching methods, what I would keep as a memento of the ITC “Get Up, Stand Up” is the multiple ways that the organisers and trainers used in order to achieve -successfully, in my opinion- a bonding among people of different origins, coming from different educational and career fields and of different ages. This very bond has been an accomplishment of all people related to the programme as we were not only taught the subject matter but we also managed to fulfill the most important goal of every EU programme, that is to bring the European countries closer to each other and to give to so dissimilar people the opportunity to meet -again- and possibly act together in the future.

The most important part was the fact that we were encouraged to co-operate with people we hadn’t met before and to find a way to communicate in order to achieve a common goal as a team. It was a great opportunity which taught me how to work and adapt myself quickly to an unknown, diverse and international environment.

democracy in many more aspects of my daily life and to be an active member of every community I take part in.

In the future I will definitely seek for participating in similar activities and International Courses like this one!