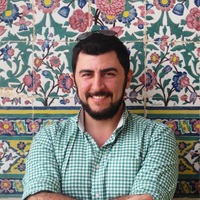 The purpose of the present paper is to shortly examine and explain the reasons for the dissolution of Yugoslavia and the role of rival national identities in this process. Since the subject is quite large by definition, the present analysis will mostly focus on the background upon which the disintegration of the Yugoslav state took place -especially from the ’60s on, while examining the differing ways in which its constituent peoples envisioned the common state and its purpose. Unfortunately, due to the restricted time available and the limited volume of this paper, the role of rival national identities is not analyzed as extensively as the author would like, and emphasis is put mostly on how they interacted with each other, rather than on how, when and by whom they were influenced. In this context, one should consider this paper to serve mainly as a short analysis of this large issue, to which much more could and should be added.

George Limantzakis is a Turkish Studies Graduate, Holder of ΜΑ Degree on European & International Relations and a PhD Candidate at the Faculty of History & Political Science at Panteio University