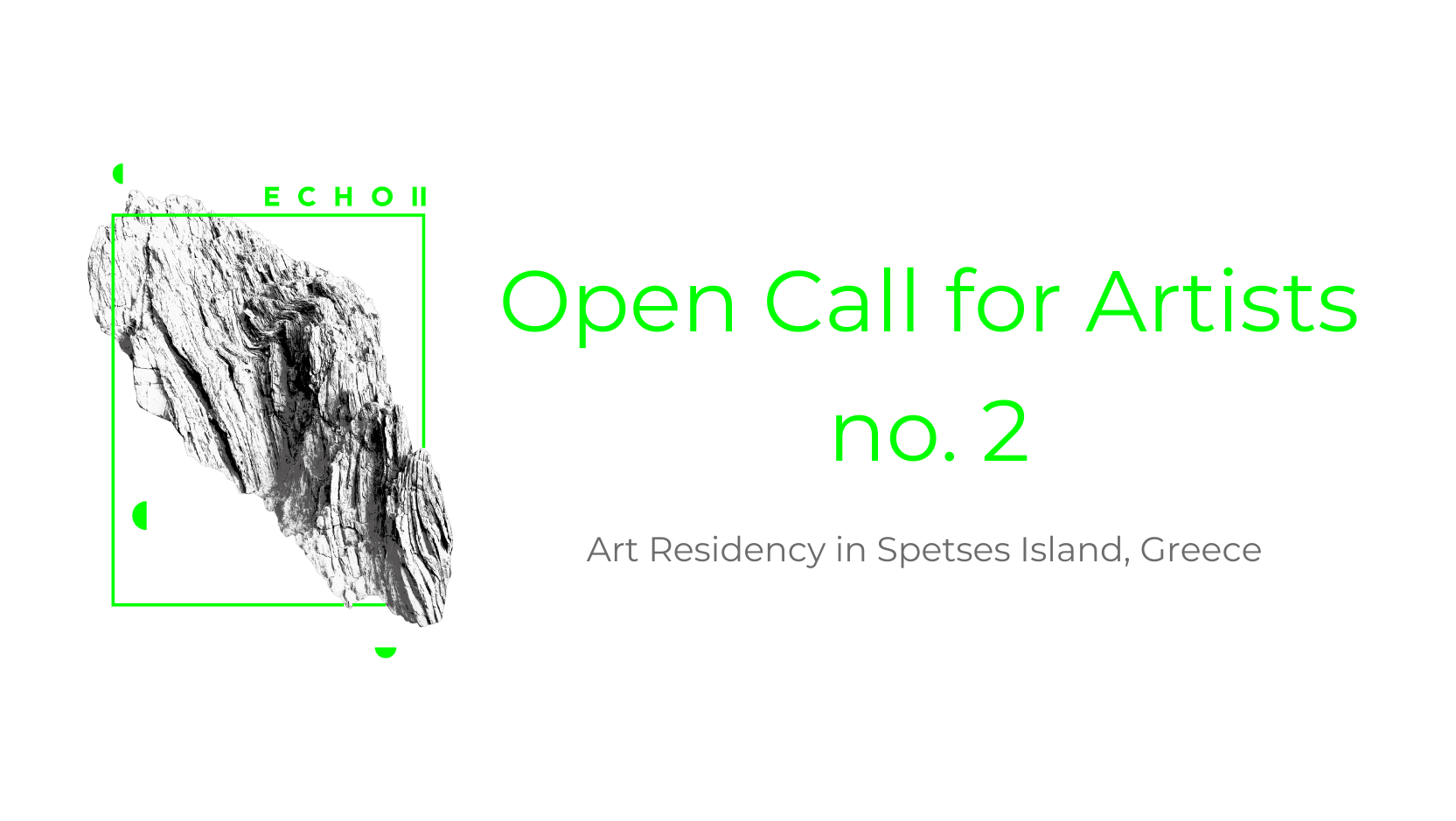 Inter Alia seeks for one (1) artist residing in Greece, and working in the fields of painting, sculpture, graphic design, fashion design and craftwork, to participate in the fourth and final art residency of the ECHO II: Traditions in Transition project.

The selected artist will be integrated in a four-member team of artists (coming from Greece, Bulgaria, Hungary, and North Macedonia), and, in dialogue with the local community, will create artworks inspired by the tradition and connection of the Spetses local community to the sea.

Spetses is a small island located in the Argolis Gulf of Greece. From the Hellenistic era up to nowadays, it is naturally and continuously connected to the sea. In the third millennium BC, the natural harbours of the island served as a refuge for ships carrying goods to and from the Argolis Gulf. In the 15th century, during the Venetian rule, it was positioned on a major spice trade route. In the 18th century, during the Ottoman rule, merchant seafaring flourished under the use of the Russian free-pass flag. Later on, the merchant naval fleet participated in Russian-led rebellions and spearheaded the Greek War of Independence. Since the end of the 18th century, shipbuilding of wooden vessels was constantly growing and in 1868, Spetses was the second biggest ship constructor in Greece. During the 20th century, there was always merchant activity with the nearby islands, coastal towns and villages. In the modern era, the sea and its use are always on the forefront. Traditional ship construction and repair is still practiced, fishermen travel the open sea for a living, the tourist industry professionals use the sea and the coastlines in their activities. One way or another, through the passage of time, there is always a connection between the sea and the life of the Spetsiot community. Despite changes in the relations with it and the use of its offerings, the sea is omnipresent in the history of the island and decisively defines and redefines the identity of the ingroup.

Applicants need to take into consideration the following requirements in relation to the artworks that they are expected to create:

The accommodation, travel and subsistence expenses, as well as the expenses of the materials needed for the creation of the artworks are covered by the project within the limits of its budget. Also, the project offers visibility and networking opportunities for the participant artists, as well as opportunities for commercial collaborations, in order for the artists to benefit economically from their creations.

Presentation of the Artworks

The artworks that will be created during the art residency, will be presented in a local arts exhibition, which will be organised in Spetses Island after the residency. The exact dates will be announced in due time.

At the end of the art residency, the artworks will be digitised by Inter Alia, and will be published on the digital exhibition, which will be created and posted on the ECHO II website.

The digital copies of the artworks will be published on the ECHO II digital exhibition under the Creative Commons Attribution-ShareAlike 4.0 International (CC BY-SA 4.0) license, allowing their reuse and remix for any purpose under the terms and conditions of the license.

The metadata, i.e. the information documenting the artworks (title and type of the artwork, name of the artist, artistic technique, conceptualisation etc.), when published on the ECHO II digital exhibition, will be dedicated to the Public Domain, allowing their reuse for any purpose without terms and conditions. For more information about the Public Domain Dedication, please see the CC0 1.0 Universal deed.

Inter Alia has chosen this particular open access policy in order for the artworks and their metadata to be reused by the public for educational, research and other creative purposes. Inter Alia respects the fact that the ECHO II project is funded by the European citizens (through taxation), and wishes to offer them the possibility to get benefited by the creative results of ECHO II, during and after the project.

By accepting the open access policy of the ECHO II project, you also accept the reasons why Inter Alia has decided to digitise the artworks and publish them on the digital exhibition under the CC BY-SA 4.0 license. This means that you are a socially responsible artist.

CC licenses cannot be revoked. As soon as a copyrighted artwork and/or its digital copy is published under a CC license, it is and will remain open forever. A CC license can be changed only when a cultural work is significantly revised and altered (for example, in the case of a revised edition of a book). But the initial licence of the initial work, as well as any reuses based on this initial licence will remain valid. The inspirers of CC licenses incorporated this provision into their legal deeds, to ensure the openness of cultural works for the further advancement of knowledge and culture, and consequently, the further development of the economy and the well-being of the society. By applying CC licenses to your cultural works, you not only increase the chances of their becoming more visible and popular, but you also contribute to the open movement, its vision, mission and goals.
No one can fully control reuses and remixes of the content once it is published online, whether it is CC-licensed or not. In any case, Inter Alia will raise awareness on good practises in relation to reuses and remixes of CC-licensed cultural content, by organising GLAM Hack workshops and other events in the context of the project and beyond.

Artists who wish to participate in the Spetses art residency are invited to fill in this application form (to which they have to attach a short bio and portfolio) until the 25th of April 2021.

The selection process will be completed until the 28th of April 2021. All applicants will be notified on the results via email.

The selection will be done by the ECHO II working team based on:

The ECHO II working team monitors the situation closely, and will take all the necessary measures to protect the participating artists, the staff members and the local communities against the spread of COVID-19. In case the art residency needs to be postponed and realised on different dates, the selected artists sustain their positions, and will be timely notified for all the changes that will need to be made. In case an artist cannot participate in this final residency of the project due to the change of dates or other reasons will be replaced by another shortlisted applicant.

For more information on the ECHO II project, you can contact Nikos Pasamitros (pasamitros@interaliaproject.com).

ECHO II is implemented by Inter Alia, in collaboration with the non-profit organisations Sfera International, Open Space Foundation, Pro Progressione and Balkan Beyond Borders, and with the contribution of PostScriptum, the small-medium enterprise that is responsible for the digital strategy of the project.

ECHO II is co-funded by the “Creative Europe” programme of the European Union.