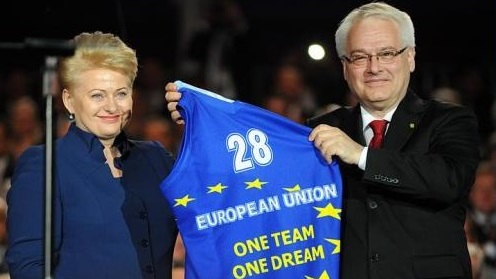 Somehow, along with the noise of social protest around the world and under the burden of the prevailing crisis in Europe, Croatia entered the European Union on the 1st of July and became its 28th fully-fledged Member State.

What do Croatians say?

Thus, opposite to previous enlargements in 2004 and 2007, for most Croatians’, membership to the EU, was considered the rational choice of the lesser evil (Florian Bieber) rather than an emotionally charged reunification with European relatives.

However, with tourism being a bigger part of the economy than industry, the abolition of borders and the Adriatic coast destinations, famed for their Dalmatian beauty and the affordable prices (essentially lower than in the Euro-zone), is expected to overcompensate the Croatian economy for the losses in regional trade.

Among citizens there are those who believe in the country’s development through European integration and those, who are skeptic about the positive influence of the Union. Yet, trust in European institutions seems high enough as opposed to trust in national institutions; a pattern typical for the region and for newcomers in the EU. Expectations about the improvement of the legal system and eradication of corruption are those that prevail when thinking of the EU influence. However, this doesn’t come without the concerns of the EU’s financial condition at the moment and the obligations with which membership comes along. On the background of Croatia’s 4-years long recession concerns grow larger than expectations for increasing living standards in the immediate future. 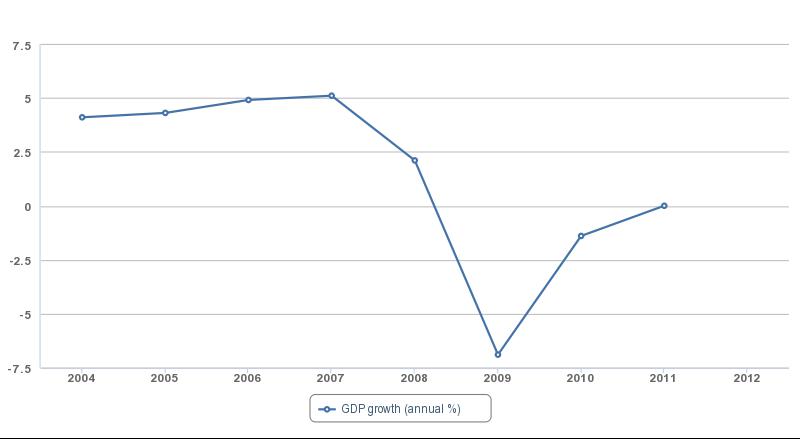 Nevertheless, as was the case with the other latest member-states (Bulgaria and Romania, 2007, and the enlargement of 10 in 2004) integration to the EU structures doesn’t happen in a day and in fact, Day 1 (1 July, 2013) is when a whole new set of Europeanization processes start taking place.

What do Europeans say?

Brussels badly needs invigoration. And good news too. The interpretation of the continuous enlargement as a success story needs its examples. Croatia is potentially one such example: a country that was part of SFR Yugoslavia, entered into interethnic/secession war (1992-1995), suffered the bad influence of nationalism and, under the guidance of the EU, took clear steps towards economic development, political stabilization, and Europeanization.

What are the prospects for the rest on the line?

Enlargement is not an accomplishment to be celebrated and forgotten, neither is it only about Croatia. With Croatia joining the Union, new hopes start sparkling in the rest of the non-EU countries in the region. Who is exactly to blame for their delayed implementation of the accession road-map signed at the Thessaloniki Summit 10 years ago, is hard to say. What is obvious is that reforms are lagging behind, ethnic governments with short-sighted visions and populist rhetoric aim at re-election as an end in itself, while the EU as a whole has been overwhelmed with introspection and the design of rescue plans and remedies, all belated and thus of little use.

Hitherto, Croatia’s accession is not an isolated event. For Serbia, the agreement on initiation of membership talks by January 2014 constituted an effective impetus for the progress made in the negotiations with Pristina (15-point plan) and its overall relations with Kosovo. The latter, despite being a really long way from accession negotiations, is in a position to negotiate a Stabilization and Association Agreement (SAA) with the EU, as, under the clauses of the Lisbon Treaty, SAAs may be signed by the European Union (as a whole), and not by separate member-states where the usual group of five (Greece, Cyprus, Slovakia, Spain, and Romania) would almost certainly block the procedure. In Albania, after the switch of governing and oppositional figures, there is also a wave of expectations from the Alliance for European Albania led by Edi Rama that his election will revitalize trust in the state and its functions, thus giving a new boost to reforms and bringing Albania closer to the acquisition of the aspired candidate status, by the end of 2013.

However, there are two more Western Balkans states where the EU integration process has stumbled. Though a candidate country since 2005, FYR Macedonia remains blocked for negotiations due to the, apparently insoluble, name issue with Greece, while Bosnia-Herzegovina remains in the grip of “fragmented politics and narrow political agendas” (Dimitar Bechev). Surprisingly public support for EU accession in these two countries is still among the highest in the region (both over 90%).

Illusions about the prosperity of all member-states and the ‘famed transformative power’ of the EU have been fading all the more since 2008. It is evident that the problem of the EU is more conceptual and political rather than quantitative. It is probable that at a time when drastic changes are needed, enlargement and extroversion can give the answer and, in that respect, July 1st can be rendered one of the important dates of the EU history.