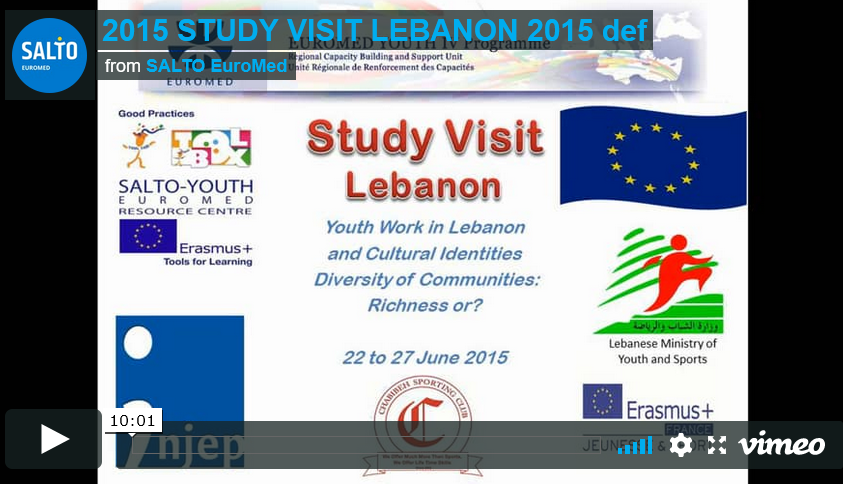 Cultural profusion in Lebanon is a fact of life. The country for several decades now endures a nascent problematic symbiosis of the antithetical political and religious features. The systemic inadequacies within Lebanon promoted the emergence of radical -or not- social movements and actors and compelled them to step in and replace the partial and insufficient governmental capacity to provide. However, due to the aforementioned extensive range of religious and political actors and the deficit of civil attention attributed to public institutions that serve the population, a vacuum has been created.

Part of this void at the moment is filled by those actors who also enable young people. Nevertheless youth work is a crossroad, despite the obvious beneficial attributes to society and perhaps the economy, due to the emerging overreliance and burgeoning overconsumption of the youth, a potentially lethargic new generation is flourishing. Or is it the opposite? And how exactly the state enables the contemporary environment? The purpose of this paper is to shed light on youth engagement related to religious and political affiliations and examine the risks and the opportunities that youth work proffers in a multicultural and diverse environment that the Lebanese society comprises.

The study visit in Lebanon has been completed recently. Given the enormity of the complexities of the Lebanese social stratification and the sectarian plurality of the country the study visit has thoroughly encapsulated in a rather short period of time a quite diverse sample of NGOs, organizations and agencies ranging from institutional efforts to grassroots initiatives of confessional and secular character at local level or international level. The visit definitely exposed some of the malignancies, the challenges and the potential areas of development regarding youth work in the perpetually agitated Lebanese society within the multifarious political and religious mosaic.

In the autumn of 2015 a relevant publication written by the researcher of the study visit Dr Nicholas Rossis and supported by the Regional Capacity Building and Support Unit for the EuroMed Youth Programme IV and SALTO-YOUTH EuroMed will be available in English, French and Arabic.

The multinational group of 24 participants comprised by 14 different nationalities visited the AGBU-AYA (Armenian Youth Association) in Antelias, where they have been introduced to the various cultural and youth programs and also witnessed some of the activities that take place in the impressive premises of the AYA. The visit in AGBU-AYA concluded with a warm buffet dinner reception at the terrace of the Association.

The following day the group visited the flagship campus of Notre Dame University in Louiazeh, where they have been introduced to the activities and scope of the Human Rights Club, an organization that works on dialogue, which is supported and supervised by university lecturers and a multi-confessional group of students who do not necessarily attend the particular university. During the same day the group also visited the spectacular Jeitta Grotto which was elected in the top 10 of the Natural Wonders the World. The day concluded, after a small visit to the sights of Batroun, with the humbling experience of visiting families in need which are supported by the St Vincent De Paul organization on medical, social and educational level. The day ended with a lovely dinner of homemade delicacies at a care taking hospice for the elderly also run and supported by St Vincent De Paul.

On the 25th of June the group travelled to South Lebanon and visited the facilities Al Sadr foundation in Tyr, where a rather long Questions & Answers session took place with the administrative personnel. The group was also introduced to the general activities and methodologies of the international NGO “Right To Play” which operates in Lebanon through more than a hundred local partners. Later on the day the group visited the Al Hanan Association, a local NGO, that works with children with special needs from Lebanese as well as Palestinian local communities. At the Al Hanan Association, the group was welcomed by a small musical performance by the children and observed some of the methodologies of “Right To Play” in practice. The visit in South Lebanon concluded at the remote village of Jbal El Botom as the group attended the buffet dinner hosted by the General Director of the Ministry of Youth and Sports, Zeid Khiami, who shared with the participants some very insightful views on the issues of diversity and youth work in Lebanon.

The group also visited the headquarters of UNESCO Beirut where they attended an NGO fair. There more than 30 Lebanese NGOs related to youth work exhibited their work while all participants had a chance to network and expand their outlook on the organizations that operate in the challenging field of youth work in the country.

More about the Euro-med: HERE