| The Citizens Are United 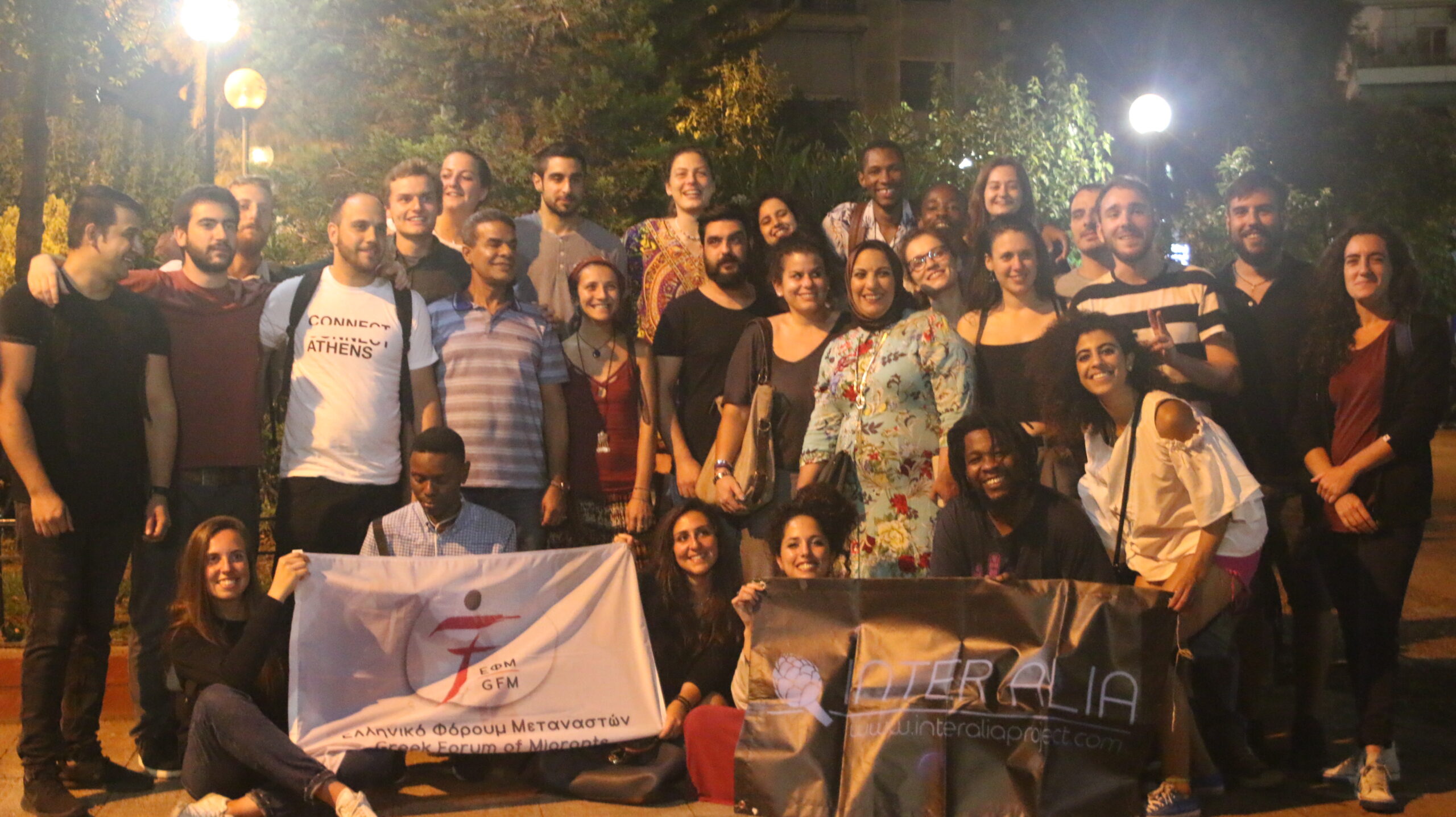 Youngsters of different ethnic origin, Greeks and migrants, we collectively designed a celebration of cultural diversity at Kipseli square! By offering treats, enjoying different music and dances, by playing and learning together, we aimed to promote coexistence and fermentation of different cultures that reside in Athens city center.

The event was the result of a seminar on planning community actions involving 25 youngsters of different ethnic origins residing in Athens. It was organised in the framework of “The Citizens Are United” project that is financed by Europe for Citizens programme of the EC. Below you may find more information about the need analysis, planning and implementation process leading up to “Kipseli Politismon” event.

On Friday May 4th, 25 young people from Greece, Burundi, Sudan, Albania, Georgia, Ghana, Italy and Gambia were brought together for a purpose. The purpose was to explore common ground – similarities, interests, ideas, tools and activities – that could bring together different communities residing in Athens in an inclusive and cooperative environment. At the same time, involved youngsters would get new knowledge and competences regarding intercultural communication and collaborative project planning.

Inter Alia organized this event, the first in a series of four, along with the Greek Forum of Migrants. The idea underlying the session was that groups targeted by civic initiatives need to be actively involved and consulted in every step of the way. Thus, setting off from ideas articulated in the first session, the remaining three events, will be planned and implemented by the team of youngsters while Inter Alia and the GFM will only hold an advisory role.

For the next activity participants were divided in teams to discuss activities that bring people together. The youngsters agreed that cinema, music, sports, social media, youth mobility programs, volunteering, environmental issues, animal care, travelling, reading books and the full spectrum of human feelings are things that all people share and that bring them together.

After a short coffee break, the team was asked to brainstorm and suggest what the next event of the project could be. They had to come up with structured proposals answering:
•    WHAT will they do?
•    WHAT do they need?
•    WHO?
•    WHEN?
•    WHERE?

The proposals of the groups were:
1) Projection of film relevant to the topic of migration followed by a public discussion;
2) Open-Air Film Projection of a collectively chosen film (through social media poll) followed by snacks and drinks;
3) Intercultural food challenge: Different migrant communities will “compete” for preparing an easy recipe from another community’s cuisine. They will be judged and the winner will receive a ‘symbolic’ prize. Then, different foodstuff and refreshments will be offered to the audience.
4) Multi-Culti Music and Dance and Food Festival

The groups, after the presentations and discussion, decided that the first two ideas could merge into one event and be the 2nd event of the TCAU project. Specifically, it was decided that the team will organize a film projection in an open-access place, possibly a public space, and the film will be related to the broader migration theme. The film will be collectively selected through a social media poll and after the projection there will be a discussion. Food and beverages will be offered to the public.

For more information on the project contact Nikos Papakostas at papakostas@interaliaproject.com