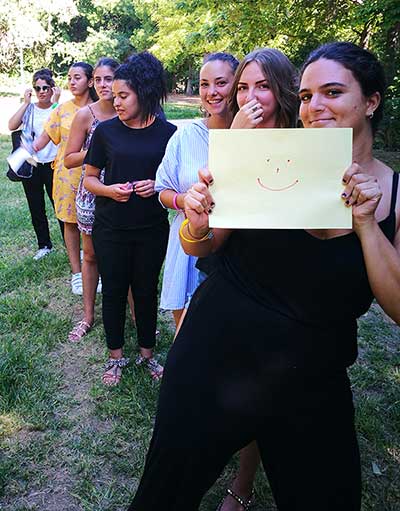 On the last working day before the holidays (July 28), the Inter Alia team spent a day with a group of youngsters from the “Centre Social et Culturelle la Grande Bastide” of Aix-en-Provence.

The Grande Bastide is a social centre where kids can attend guitar, piano and rap writing lessons and where after the writing process you can record your own songs in the centre’s music studio. At the centre youngsters receive support in doing their homework and in the development of their personal path for social and professional integration. The Grande Bastide also proposes leisure during holidays as sport, cultural and artistic activities, a day out on the beach or to other towns, or a trip abroad financed by kids’ first work experiences.

Our day together began early in the morning from the National Archaeological Museum of Athens, moving towards the Greek Parliament for a guided tour of the building and a real demonstration of how the Hellenic Parliament works.

Once we learnt something more about the modern history of Greece we had a fast lunch and a very funny energizer to be ready and warmed up for the afternoon non-formal activity at the National Garden. 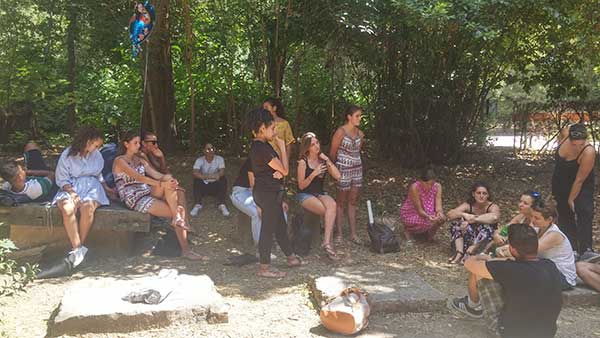 The game started with a brainstorming about being part of the European Union and which are the major challenges of nowadays. The youngsters listed a certain number of issues they considered relevant and among them two were outvoted as the most important: the repatriation of migrants among the EU countries and the youth unemployment.

At that point of the game, all participants had to become active citizens of the EU and face the challenges. Divided in two groups, they had to think about a proposal to address the issue they choose and to collect the largest number of signatures from EU citizens who were visiting the National Garden in order to present their proposal to the “policy makers” and persuade them to vote for it. 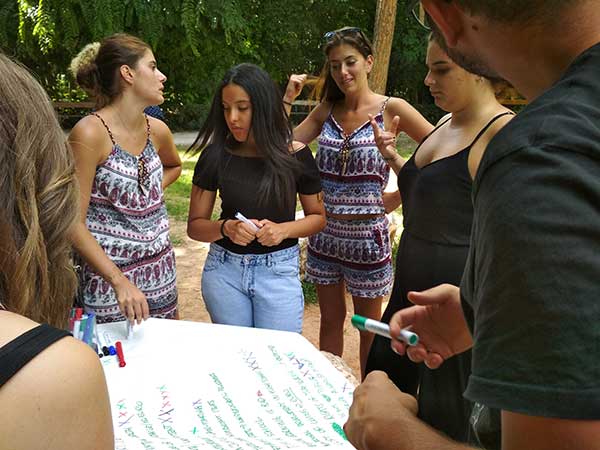 The result was great! The participants collected many signatures and really enjoyed themselves talking with people from different countries while explaining their proposal regarding the challenges they are facing.

At the end of the day everybody was tired but very pleased to have been involved in this experience.

For this and other non-formal activities at Inter Alia, ask us at info@interaliaproject.com