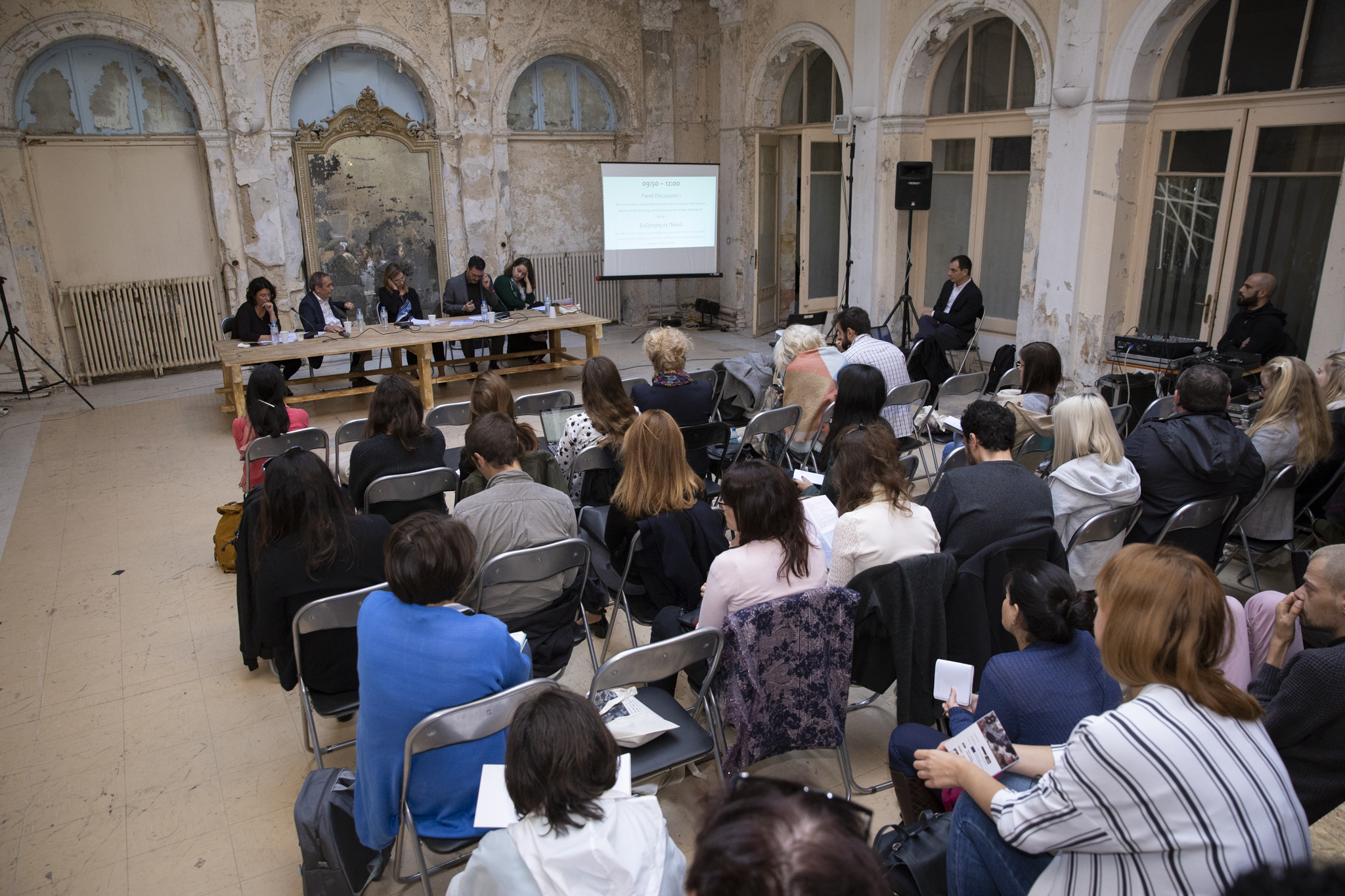 “The people that travel, leave behind lives and belongings, risk and manage to reach a safe place, are outcasts. They are the outcasts of Europe. In their journey, not everything is left behind. Many times, people manage to take with them the things that are necessary, important, sacred, familial, personal. Usually, the objects that travel are tools, functionals, life-savers. Yet, often they are more than this. They carry history, culture, values, memories, parts of the house, family, neighbourhood, friends.

Objects are a source of power for those that carry them. Since the dawn of civilisation, they are protective, they contain ancestral force or wisdom, they carry the blessing of the community, they are magical, they connect the past with the future in the present.

Outcast Europe collects and exhibits the objects. The objects speak, tell stories, the stories of humankind. We have the opportunity to listen and speak with them about our common future.

International Conference: Potentials and Challenges from the Migrant Crisis

Read the minutes in English and Greek.

Panel 1: Refugee and migratory flow and the respect to Human Rights: obligations and responsibility of the receiving countries towards human beings

It is agreed among nations that people are inherently entitled to human rights with universal applicability. Experience from current refugee and migratory flows shows that the externalisation policies render displaced people more vulnerable and expose them to human rights violations like refoulement, collective expulsions, arbitrary detention, ill treatment and more. This discussion aims at the analysis of the obligations and responsibilities of the receiving countries and the European Union towards refugees and migrants according to international and European humanitarian principles, values and laws.

Panel 2: The impact of displacement in the psyche of the individual: the trauma of forced displacement

The journey away from the homeland to Europe is full of risks, dangers, harsh conditions and difficult decisions and dilemmas. It is a flight in the dark, full of terror and hope. The process of reaching a refuge inflicts serious wounds in the psyche of the displaced scarring their conscious and unconscious. Symptoms of post‐traumatic stress disorder and depression due to displacement are oftentimes exacerbated by prolonged detention, insecure residency status, complexity of formal procedures, restricted access to services and lack of opportunities to work or study. This panel analyses the impact of the burdened past, the traumatic journey and the difficult conditions in the hosting countries.

Panel 3: The process, pace and degree of integration of refugees and migrants in the hosting societies

The argument of low or slow integration is often put forward by anti-migrant voices in the receiving societies. Newcomers are supposedly unsusceptible to societal and cultural integration and are self-ghettoed in order to preserve their own lifestyle, ignoring and even challenging the values of the host countries. History and experience show that this is an exaggerated myth exploited by intolerant societal actors. This discussion explores the various models of integration and adaptation of displaced people and tries to shed light to the realities of starting a new life as a stranger in a strange land.

Panel 4: Policies of Greek governments and the European Union for facing the refugees’ and migrants’ inflow issues

Since the first days of the current crisis, the flow of migrants and refugees has ignited a hot debate in Greece, bringing to the fore a wide range of opinions, from overtly racist to highly tolerant and from completely uninformed to well-grounded ones. In addition, apart from domestic political arguments from all, towards all sides, there has been a great deal of criticism to the European Union. The panel will discuss the EU policies towards the crisis, the EU agreement with Turkey and the difficulty of the EU to follow a joint strategy for receiving and hosting.

Panel 5: The rise of racism, xenophobia and intolerance in Europe: the issues of identity of the receiving communities and the refugee and migrant groups

Current flows of refugees and migrants in Europe are accompanied by a wave of xenophobia and intolerance in the receiving countries. Extreme groups and parties or extreme positions that reappeared with the European crisis, target and scapegoat displaced people that arrive in Europe in search of safety and satisfaction of basic human needs. Anti-migrant domestic agency puts forward the alleged danger of newcomers altering ethnic identity. Displaced people attempt to keep an identity that travels with them to the new places. What are the realities of the societies and individuals and how can identities be inclusive? The aim of the discussion is to illuminate the nature of identity and analyse degree and depth of mutual influence.