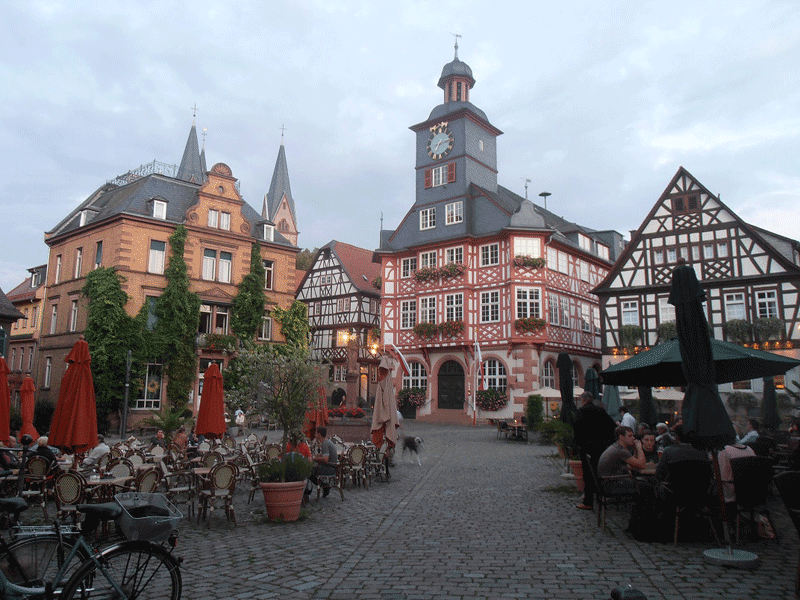 At times when confidence in a common European vision is running low, international programmes that bring people closer are a great opportunity to remind us not only the similarities that we share irrespective of national or any other background but also the duty that we have as European citizens to act together against stereotypes, discrimination, exclusion and many others. This observation has become particularly clear in the last years during the ongoing Eurozone crisis, as financial recession and its social repercussions in combination with an increasing populist rhetoric across the continent undermined largely the good will of people towards joint projects and initiatives at European level.

The scholarship programme “Shaping Europe – Civic Education in Action” that is organised and funded since 2008/09 by the German Federal Agency for Civic Education (BpB) and the Robert Bosch Foundation aims at creating the conditions for networking among institutes and organisations in the field of civic education by offering up to 16 scholarships to young professionals from East, Central and South-East Europe on an annual basis. The programme involves a three-month staying in Germany, during which participants cooperate with various institutes and organisations of civic education, gaining therefore a valuable insight into the content and practices of this field on site. The financing and technical support of follow-up activities and projects after the completion of the scholarship ensures that networking between professionals in Germany and East, Central or South-East Europe will not remain wishful thinking.

Before sharing my experience as a participant of this programme, it is necessary to say a few words about the field of civic education in post-war Germany. The concept of developing civic identity through schooling was well-known already since the first decades after the German unification in 1871 but it was not until the end of World War II that the term of civic education (“politische Bildung” in German) started being used systematically in a brand new context. Without neglecting the traumatic experience of being both a perpetrator and a victim during the war, Germans launched various initiatives towards the emergence of a more liberal, democratic civic identity as part of a so called “Re-education Policy” that was largely dictated by the occupying Allied forces. The post-war diversity of approaches necessitated the systematisation of principles upon which civic education shall be accomplished that was achieved through an agreement known as the “Beutelsbach Consensus”. The central didactic principles of teaching politics according to this agreement are 1) prohibition of subjugation by drawing the line between education and indoctrination, 2) respect of controversiality by presenting controversies to participants as they are and by letting them judge on their own, and 3) interest-orientation by emphasising on the personal interests of participants. These principles of civic education provide, in spite of a certain degree of criticism over the years, the main guidelines of conduct in Germany up to these days.
Although there is a wide range of civic education actors in Germany spanning from local government departments to political party foundations and from civil society organisations to syndicates, I was selected to work as a fellow for three months at Haus am Maiberg in the picturesque town of Heppenheim, an academy affiliated to the Roman Catholic Diocese of Mainz. Celebrating 60 years of active involvement in civic education, Haus am Maiberg’s motto is „Open to Dialogue“, stating therefore its commitment to the aforementioned principles of the Beutelsbach Consensus. In short, the academy has a longstanding experience in projects for youth and adults in both Germany and other European countries that aim at reinforcing understanding among people irrespective of ethnic, religious or any other background.

During my staying in Heppenheim, I got acquainted with the diversity of subjects and methods of civic education in Germany by participating in seminars and workshops for youth and adults that were organised or hosted by Haus am Maiberg. Particularly impressive was a group of senior participants called „50plus aktiv“ as they persuaded me through their energy and enthusiasm that civic education is relevant and necessary irrespective of age. However, my main duty was the organisation and conduct of a short study visit in Serbia with the aim to familiarise participants from Germany with the current situation of human rights in the region and to create the conditions for further communication and cooperation between German and Serbian actors as part of potential joint projects and initiatives.

Overall, my recent experience as a participant of the programme „Shaping Europe – Civic Education in Action“ was particularly fruitful as I gained a valuable insight into a field that has enormous potential in Greece amidst new and older political and social challenges. By „transplanting“ ideas, methods and practices, Greece can learn a lot from the longstanding experience of Germany in the field of civic education. However, it is a reciprocal process as Germany has the opportunity to differentiate viewpoints on a wide range of current issues by interacting with counterparts from various countries in Europe. This idea of learning through networking will be accomplished among others through the so called „European Youth Weeks“ that are organised this summer (24.07.2015-08.08.2015) by Haus am Maiberg for 21 consecutive years. This international youth meeting is entitled this time „You in Unity? Different Perspectives in Europe“ and it aims at promoting learning through self-reflection and self-expression. Among eleven national teams, Greece will be represented for the first time through Inter Alia. Thus, we are already looking forward to two creative and inspiring weeks of European interaction in Heppenheim this summer!