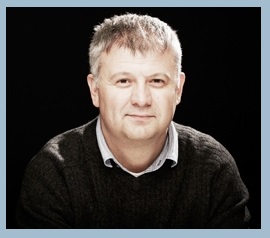 On the sidelines of the 2013 OSA, professor of sociology and Head of the Sociology School of the University College Dublin Siniša Malešević gave an interview to INTER ALIA Research & Analysis Coordinator Nikos Pasamitros. Professor Malešević offered his perceptions and insights on the future of Bosnia & Herzegovina as well as his views on the societal, political and economic condition in BiH.

What is the current popular perception of the EU in Bosnia & Herzegovina considering the past (90s events) and the ongoing economic crisis?

The popular perceptions towards the EU have not experienced dramatic change. Most people support EU membership and see EU as a factor of stability and potential prosperity in the region. However there is pronounced unhappiness about the pace of institutional change and the very slow progress that BiH has made towards joining the EU. It has become apparent that BiH is internally paralyzed and the transition process has almost grounded to a halt. The majority of population tends to blame equally the local politicians and the EU administrators for such a slow pace of transition.

The ongoing world-wide economic crisis did not have a profound effect on BiH for the simple reason that BiH is less integrated in the European and world economy and has experienced chronic economic crisis for much of the past two decades. The most significant recent change was Croatia’s becoming a full member of EU. In addition to having a border with an EU state for the first time in its history this transformation is also likely to have some impact on the levels of trade and mobility between the two countries. Croatia had to tighten its laws and regulations and has introduced some trade and travel restrictions. The scars of 1992-5 war are still highly visible throughout the country and one of the few issues that genuinely unite majority of population in BiH is the wish to be a part of the EU family.

When do you think that BiH will be able to disengage politically from the international community?

Unless there is a substantial and meaningful international intervention and the pressure to transform the organizational structure of the state there is little hope that BiH could ever run its own affairs independently. The 1995 Dayton Accord was a provisional, ad hoc, arrangement which apart from helping stop the war has not achieved very much. In fact one could argue that this agreement has been the principal source of most problems that the state faces today: the lack of viable and functional state-wide institutions, the proliferation of an inefficient, extremely costly, and the privileged bureaucratic apparatuses which are monopolized and abused by the leading political parties. Moreover instead of reducing ethnic tensions the agreement has in fact reinforced and institutionalized ethnic divisions in the state. For example all large cities in BiH are now dominated by more than 80% of a single ethnic group (Sarajevo – Bosniaks, Banja Luka – Serbs, Mostar – Croats, etc.) The existing mixture of federal and con-federal model with the strong consociational underpinning requires major change to prevent the current state whereby institutional mechanism allows political entrepreneurs to instrumentalise cultural difference when needed (usually just before elections and major political events). BiH is still very fragile and unstable state heavily depended on the international presence and this is unlikely to change before a radical institutional transformation which can only be achieved through the combination of the internal agreement and the external pressure. The time is ripe for Dayton 2.

Tell us a few words about the Bosnian civil society. Is it active?

When compared to the pre-war and war period one could say that BiH has a vibrant and diverse civil society. There are many NGOs, pressure groups, independent social movements and so on. However when compared to the other European states of the similar size the Bosnian and Herzegovinian civil society is still very weak. The major problem here is that much of the first postwar wave of NGO’s was initiated and financed by the external sponsors and once they reduced or cut their support, which has already happened, many such organizations have collapsed or are simply struggling to survive. In other words many civil society networks are financially and organizationally dependent on the external support and are not organic products of domestic social action. Second problem is that many civil society groups have little or no impact across the entity lines. Hence the activities of Republika Srpska (RS) NGO’s remain almost exclusively confined to this entity alone whereas the civil society groups in the Federation have no visible presence or impact in the RS. Much of the mass media is directly or indirectly still controlled by the political parties and the dominant parties have also strong influence on the civil society organizations.

How does the civil society affect the common BiH identity and how does it gets affected by the individual ones (Bosniak, Serb, Croat)?

The deep institutional divide is clearly reflected in the inability of civil society to have any substantial impact on the common feeling of BiH identification. There were several attempts, such as those by women, pensioner organizations and the independent intellectuals, to transcend the ethno-national divides but very little progress has been made here. The simple fact is that while the overwhelming majority of Bosniaks identify strongly with the Bosnia and Herzegovina most Serbs and Croats have much more ambiguous attitudes towards the joint state. Nevertheless it is important to emphasize that all forms of belonging are situational and malleable and the inherent weakness, economic underdevelopment and the low prestige of the state foster a degree of alienation among the Bosnian Serbs and Croats who tend to look up towards the better functioning Croatia and Serbia and form their identification along these lines. However the main obstacle remains the existing state structure which reinforces ethnic divides.

What are the indications concerning nationalism? Does it increase or decrease?

While there is no doubt that ethno-nationalism remains a very powerful ideological discourse in BiH it is also important to realize that the character of nationalism has changed over the past two decades. Whereas the pre-war and war time nationalisms were quite crude, regularly racist, aggressive and blatant in their propagandistic messages today’s nationalisms are generally more civil and, with few exceptions, more subtle. However this is not to say that nationalism is on the wane. On the contrary as ethno-nationalist discourses are now fully institutionalized and integrated in the entity/state structure and civil society networks they are more naturalized and taken for granted. In other words contemporary nationalisms have become more routinized and banal which in fact makes them less popularly questioned and thus much stronger. Despite heavy propaganda during the war most people were aware that not all Serbs or Bosniaks are bloodthirsty monsters. As they all grew up and lived together for many years it was difficult to genuinely believe such propaganda stories. Today is different. As most children live and go to school in a mono-ethnic environment they simply have little or no opportunity to meet and socialize with those who are not from their ethnic group. In this context ethno-nationalism and distrust of the Other is part and parcel of everyday life. This strength of ethno-nationalism is consistently reflected in the public polls.

Is BiH affected by the EU crisis or not?

Just as with the broader economic crisis the EU crisis did not have as a significant echo in BiH as it did in other European countries. This is a country that has been in economic, political and social crisis since its inception so it is hard to realize when one crisis finishes and another begins. Nevertheless as BiH is heavily dependent on EU and aspires to be its member the EU crisis does generate more popular concern. As BiH has little domestic production EU remains its chief trading partner as much as its political and economic mentor. Moreover as BiH has a very large recent diaspora mostly residing in EU countries it also relies on the remittances from these EU residents. The gradual shrinking of the EU and international financial support is also reflected in chronic lack of funding for some key cultural institutions. For example the Academy of Science and Arts, the National and University Library, the principal national museums and art galleries are all on the brink of collapse as there is no international and EU funding and the two entities cannot reach an agreement how to fund such all-state institutions.

Professor Siniša Malešević is Head of the Sociology School of the University College Dublin, Ireland