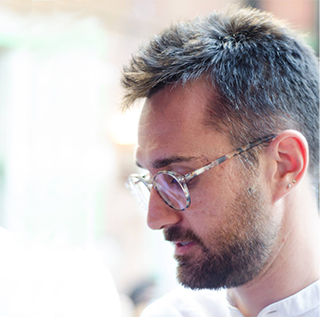 by Nikos Pasamitros, founding member of INTER ALIA, PhD candidate in the Panteion University of Athens

Nowadays, most of us, computer users with internet access, get informed about news and developments through the World Wide Web. From news portals to social media, most websites and applications engage us in a constant scroll-through in search for what meets our interests. This is what the scroll-through culture is. We constantly, sometimes even frantically, use our touchscreens, touchpads, arrow keys and mouse wheels, until something draws our attention. It is the digital equivalent of leafing through a newspaper, magazine or book.

Leafing through print press may lead us to read the article we wish and, if fascinated, search for other sources and further readings. These sources may contain good or poor quality information. They may even involve fake information. Likewise, scrolling through a website or app, may lead you to useful links, poor quality pieces, biased feeds, or deliberate lies (hoaxes and fake news). In both means, low or poor quality information come from sloppy authors and poor-skilled researchers, while deliberate lies stem from internet “zealots” or authors directed to spread them.

However, on this account, there is a major difference between a newspaper and a website. A newspaper is a stand-alone news product. Further research on the issue of interest, requires the reading of more newspapers or other sources. There is a certain impediment to such research, that has to do with the cost-benefit calculations of the individual. That is, most people will not value more their will to learn, than the cost of purchasing multiple newspapers or the time required to research further. This, leads individuals to apply a more optimal method, which is to follow the issue of interest in the days to come through the same, or different newspapers. 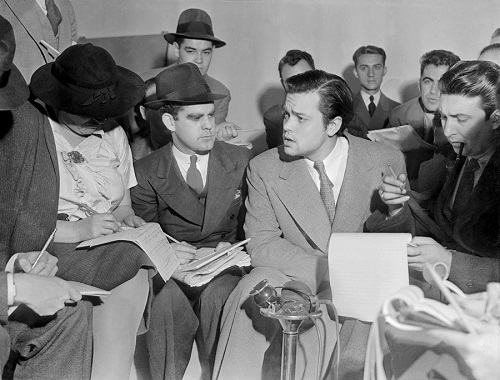 Bettmann via Getty Images: Orson Welles tells reporters that no one connected with the broadcast had any idea it would cause panic (October 31, 1938)

When it comes to online information, the cost is considerably lower. We can navigate for hours, searching for more and more on the subject-matter of our interest. Of course, payable information exists, but in most of the cases the abundance of free sources discourages users to go there. This affluence and immediate availability of online sources is a characteristic that opens vast potentials in front of users. At the same time, it is a source of misinformation, opinion-driving and smattering.

When it comes to diversified news sources, the internet is not always the best provider. Most websites reproduce what news agencies or other news sites post, without even caring what the original source was. In many cases, especially when it comes to gossip news pieces, one might have to jump to ten or more different websites before she can reach the original source. This is how hoaxes and products of internet trolling are easy to circulate and often reach television and print press, exposing traditional media sloppiness.

It is the network nature of the World Wide Web that allows for snowball circulation of information. Both static webpages and interactive social media, spread news around the globe in seconds. Likewise, intentional and unintentional misinformation spreads equally fast, triggering emotional reactions on social media. Thus, the issue is further discussed, spread and perceived as accurate or true.

More than half a century ago, British economist and Systems Theorist Kenneth Boulding, in his influential book The Image, attempted to explore the way individuals shape perceptions and how such perceptions affect behaviour. Boulding, believed that, “it is always the image not the truth that immediately determines behaviour” and that “we act according to the way the world appears to us, not necessarily according to the way it ‘is’” (1959, 120). Furthermore, for Boulding, the human mind performs simplifications. These simplifications are inevitable because “the human imagination can only bear a certain degree of complexity. When the complexity becomes intolerable, it retreats into symbolic images” (1959, 111). Prominent American psychologist Gordon Allport made a similar argument in his influential work The Nature of Prejudice. According to Allport, the human mind performs categorisations and simplifications and thus, prejudice is identified as a concernment of normal human functioning: “The human mind must think with the aid of categories… Once formed, categories are the basis for normal prejudgment. We cannot possibly avoid this process. Orderly living depends upon it.” (1954, 20).

Allport and Boulding, present simplifications and categorisations performed by human beings as part of our perceptual mechanisms. If we accept this approach, then perceptions shaped by scroll-through information flow are highly prone to deception. Our perceptual mechanisms were already vulnerable when peeking headlines of other people’s newspapers in the metro, or when rough-reading at the newsstand on our way back home. Given the abundance of sources and speed of information flow of the digital media, nowadays our vulnerability to misinformation influx is increased dramatically. If the hypotheses of Allport and Boulding are right, the images we get through digital media retreat to symbolic images and rough categorisations, no matter how sophisticated our initial perceptions are.

Given all these facts, what can we do to avoid the pitfall of misinformation? Are we doomed to be betrayed by our own brain functions for life?

First of all, demonising the internet is not a fruitful course of action. After all, it is a human construction and as such, it is a tool equally capable for good and evil. A retreat to the previous condition or the denial of the abundance of information, would deprive the people of all the benefits that come with the use of the internet.

Even if the hypotheses of Boulding and Allport are true, it is the knowledge of our weakness per se that makes us aware of hazards. We might be prone to simplifications and categorisations, but at least we are aware of it. Thus, we can critically doubt about our perceptions and constantly challenge our certainties. Moreover, it is in our own hands to claim internet education for all. Training from a young age in using and researching the internet can increase capabilities and reduce risks. Being aware of the challenges of the, rapidly changing, digital reality, can render us capable of adapting to and avoiding the hazards that come with it.