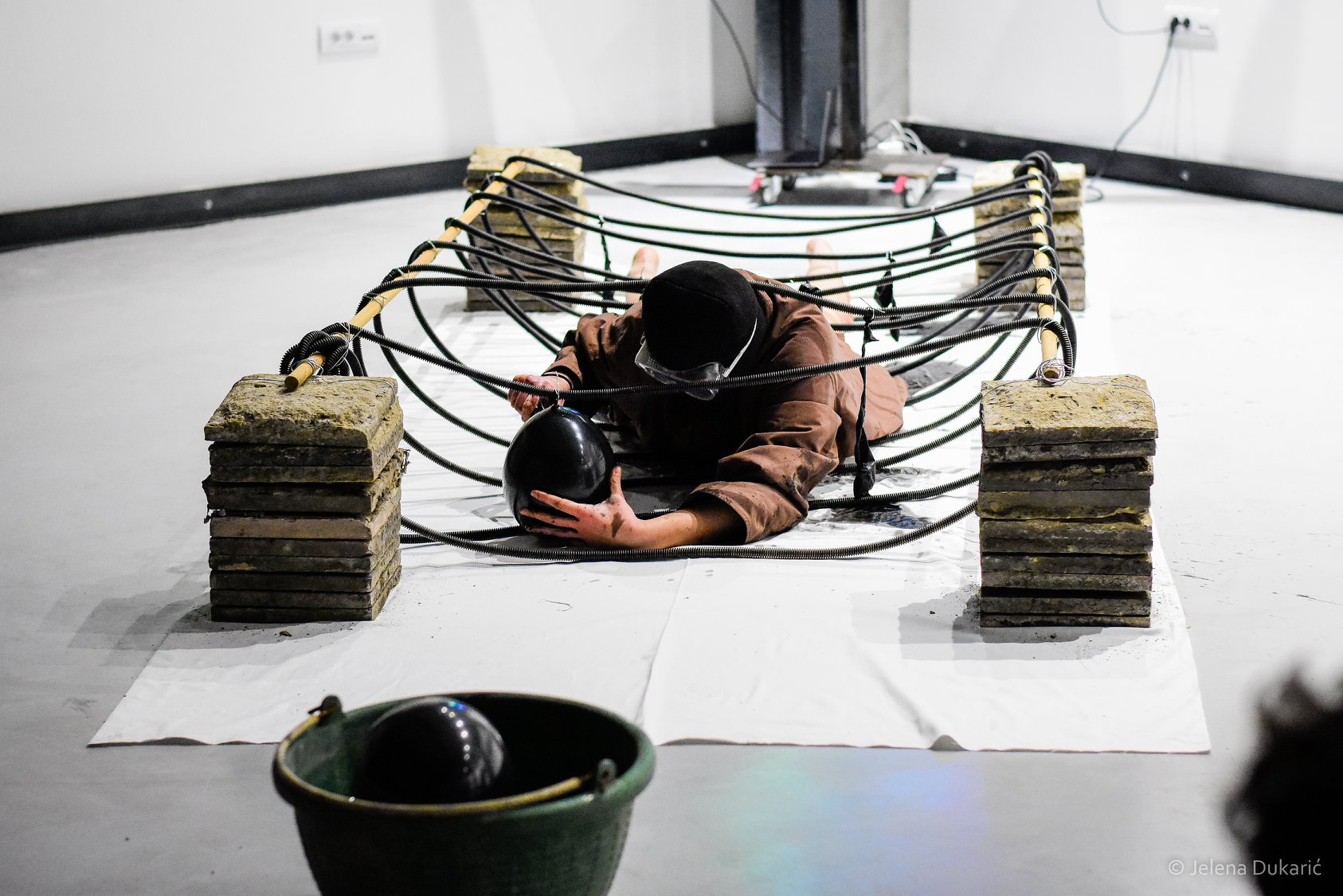 About the Art Residencies

In November 2018, Sfera International and Vojvodina Civic Center organised the two art residencies of the project ECHO: European Cultural Heritage Onstage, which focused on the dark heritage of the Balkans. The art residencies took place from 22 October 2018 to 22 November 2018 in Bitola (North Macedonia) and Novi Sad (Serbia) respectively, and resulted in the creation of 39 (in total) original artworks by 8 artists (4 in each art residency) coming from Greece, North Macedonia, Serbia, Bosnia and Herzegovina, and Bulgaria.

The four (4) artists, Ljubica Meshkova Solak (North Macedonia), Snezana Petkovic (Serbia), Ivanka Stavreva (Bulgaria) and Aristaios Tsousis (Greece), gathered together in Bitola to engage themselves in a creative process, while exploring the local events that took place in the Macedonian Front during World War I.

With the support of Sfera International, the artists visited some significant places related to WWI (such as the Pelister trail, the Kajmakcalan peak on Nidze Mountain, and the Mariovo region, the French, Serbian, German cemeteries, and the city of Ohrid), and interacted with experts and locals.

They also had the opportunity to meet non-Balkan artists working in different artistic fields, and discuss with them about other aspects of European dark heritage, in the context of intercultural events, such as a poetry night, where a Basque poet shared her creations in the Basque language, and offered her insights on the Basque history and culture.

The artists received input and feedback from the local audiences during and after the overall creative process, in the events mentioned above, and in the local exhibition that took place in Bitola, at the end of the art residency, that was open to the public and the local media.

At the same time, four (4) other artists, Bojan Josic (Bosnia and Herzegovina), Depy Antoniou (Greece), Martina Lapica (Bulgaria) and Kiril Konstantin (North Macedonia), met in Novi Sad, and did their artistic research on the events of World War II (Novi Sad Raid), by exploring personal narratives, audiovisual archives, printed materials, letters, journals and testimonies from the period 1941-1945 in Vojvodina. They also examined these historical sources in combination with contemporary art practices and through establishing contacts with the contemporary cultural scene of Novi Sad.

The artists had the opportunity to witness the signs of the past themselves, by visiting the most important memorials and monuments of the January Raid (21-23 January 1942) and of the Partisans: “The Family”, by the sculptor Jovan Soldatoviæ (built in 1971 and classified as immovable cultural heritage spot of great significance), and “The Freedom” (Spomenik “Sloboda”) by Sreten Stojanoviæ on Mount Fruška Gora (built in 1951 to honour the fallen soldiers of World War II).

It is worth noting that during the art residency, Vojvodina Civic Center organised lectures and workshops on political art, the role and the responsibility of the artist, and the importance of artworks adopting a critical stance towards historical events. In addition, the artists opened their studio to the locals, chatted with the visitors, and informed them about their works, and their stylistic approaches and processes.

On 15 January 2019, Vojvodina Civic Center opened the multimedia exhibition EHO77 at Svilara – kulturna stanica, presenting the artworks that were created during this art residency. The exhibition consisted of four conceptually different works that were interrelated, complementing each other, thus creating a variety of perspectives of one of the most traumatic events in the history of Novi Sad.

The final arts exhibition of the ECHO project was organised by Open Space Foundation in Veliki Preslav (Bulgaria). The exhibition took place from 4 to 7 April 2019, and presented all the artworks that were created during both art residencies, along with other creative and artistic outcomes of the project.