| A new narrative for Europe: Bringing more union into the European Union 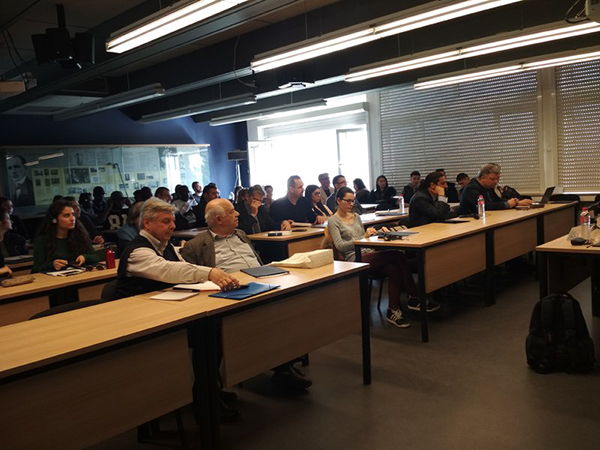 March 27th, 2019Organised by Risk Monitor; New Bulgarian UniversitySofia, BulgariaOn March 27th, 2019, we accepted the invitation of our partner RiskMonitor and traveled to Sofia in order to participate in the Conference: ‘Europe in the wake of the EP elections: Perspectives, risks and Russian propaganda’, which took place at New Bulgarian University.

During the different Conference sessions, the discussants touched upon a wide range of topics: Professors Hristo P. Todorov and Stefan Popov discussed about European solidarity and the risks of disintegration˙ Professor Dimitar Vacov focused our attention on anti-European and pro-Russian propaganda in Bulgarian media˙Genoveva Petrova presented the results of a research on public attitudes towards the EU, conducted by Alpha Research (a private, independent research agency in Bulgaria) and writer and journalist Julian Popov highlighted the role of Europe of nation-states in the global context. In addition, we watched the video “How I see my Future in Europe”, in which young people presented their views regarding the EU and its current and future development. 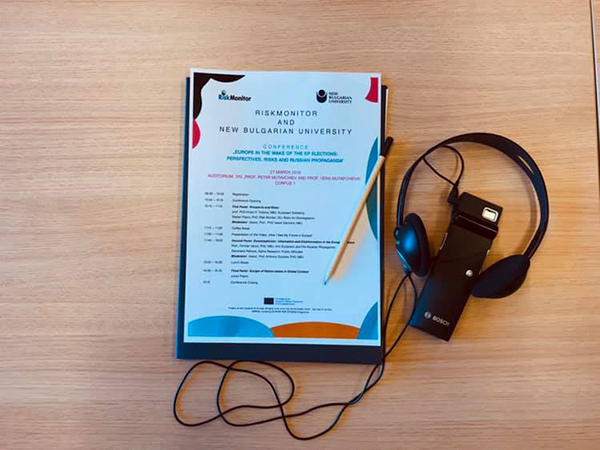 Overall, our participation in the Conference was a very fruitful experience. It was very interesting -especially in the eve of the European Parliamentary elections- to listen tovivid discussions about the past, the present, and the future of the EU from the perspective of another member-state, that has a different historical background andfaces different socio-economic and political challenges.

The Conference was organised in the context of the project: ‘A new narrative for Europe: Bringing more union into the European Union – the cost of non EU (BRING)’ which is co-funded by the Europe for Citizens Programme of the European Union.